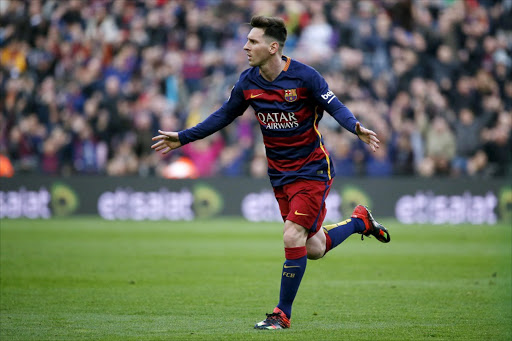 Lionel Messi believes the current Barcelona side has more weapons than Pep Guardiola’s 2009 world-beaters and wants to prove it by winning a record third Club World Cup.

The Spanish giants, who have captured the Champions League, Spain’s La Liga, the Copa del Rey and European Super Cup this year, take on China’s Guangzhou Evergrande Thursday for a place in the tournament final in Yokohama on December 20.

“It’s one of my favourite competitions,” said Messi, favourite to win his fifth Ballon d’Or in January. “It gives you the opportunity to round off the year in the best possible way. These titles are an indelible legacy in the history of the club. It’s something very important.

“It’s been an amazing year,” the Argentina wizard told fifa.com in the build-up to Barca’s clash against Luiz Felipe Scolari’s Guangzhou.  “That time when we won everything under Guardiola looked unrepeatable. We genuinely weren’t sure if we’d get close to that again. (But) here we are. Now what’s left for us to do is end the year in the best possible way and make it unforgettable.” Barring an upset in Wednesday’s first semi-final between Libertadores Cup holders River Plate and Japan’s Sanfrecce Hiroshima, Messi will come face to face with the side which almost signed him as a teenager in his native Argentina.

“I’ve witnessed (Neymar’s) enormous growth, both as a footballer and as a person,” said Messi. “Back then he was already a great player and now he’s much more complete. It’s a pleasure and a privilege to have him alongside us.” Messi gave an insight into how the Spanish league leaders have evolved under Luis Enrique, who relies less on the “tiki-taka” style of short, intricate passes than Guardiola.

“We’ve changed a little bit,” admitted Messi. “We’ve become a more vertical (direct) team. Of course, we’ve not lost our ideology of keeping hold of the ball.  “That’s our trademark and our priority: to control the play and keep possession. But now we’ve incorporated the idea that, with just a couple of touches, we can get in front of the opposition’s goal. Before it was about getting there using more elaborate build-up play.” The addition of former Liverpool striker Luis Suarez, with his ability to play off the shoulder of the last defender, has undoubtedly given Barca more thrust.

Messi, Neymar and Suarez have plundered a jaw-dropping 127 goals for Barca in 2015 — more than Spanish rivals Real Madrid — although Neymar is a doubt in Japan with a groin strain.

Messi insisted that his game had changed too.

“As time passes you grow, both on and off the pitch,” he said. “You go about adapting to different circumstances. Although I’ve kept the essence (of my play style), over the years I’ve added qualities to my game.”