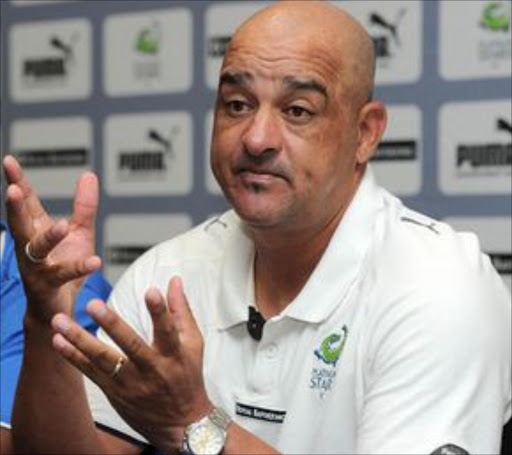 National under-23 coach Owen da Gama will make an attempt to convince Orlando Pirates to release the duo of Gift Motupa and Menzi Masuku before his side's opening CAF Under-23 Cup of Nations match against hosts Senegal next Saturday.

Bucs coach Eric Tinkler had said the players would only be released to join the under-23s after the second leg of the CAF Confederation Cup final against Etoile du Sahel next weekend, a day after the under-23s' opening Group A match.

However, Pirates administrator Floyd Mbele sounded conciliatory yesterday, saying they were yet to make a decision on whether to release the players, stressing that Tinkler was commenting "in his own capacity".

"Obviously, I only received the call-up letter today and we have not discussed it internally yet. Nobody had anticipated that Pirates would be in the final. So we still need to sit down and discuss it, but the coach was speaking in his own capacity," Mbele said.

Da Gama, who announced a very strong 21-man squad for the eight-nation tournament at Safa House yesterday, has built a strong midfield with Motupa and Masuku, but has so much quality with the likes of Keagan Dolly, Phumlani Ntshangase and Riyaad Norodien to choose from in the absence of the Pirates duo.

Bafana Bafana defender Rivaldo Coetzee has been included in the final squad and will bring valuable experience.

"Rivaldo has to be psyched up. He has to come in and work for the team. He has to add value, and I am sure he will. We are delighted to have him here," Da Gama said yesterday.

The players will go into camp on Sunday and then have medical assessments in Pretoria on Monday.