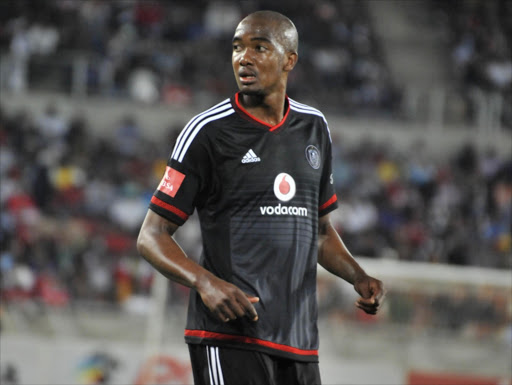 The Buccaneers failed to win on home soil in the Champions League first-leg final against Al Ahly in 2013 and the Egyptians ran riot in the return leg in Cairo to seal an unprecedented eighth title.

Bucs midfielder Lehlogonolo Masalesa says they know the importance of winning and keeping a clean sheet at home.

"It's important that we win on Saturday. Al Ahly are experienced, but so are we. That's why we have been getting results in this competition," Masalesa said.

"If we fail to beat them at home, it does not necessarily mean we should be ruled out of the tie. If you remember against Esperance [in the 2013 Champions League semi final] we drew 0-0 at home and went through on away goals after drawing 1-1 away from home.

"The ideal situation would have been to have the first leg away from home. But don't forget we beat Al Ahly in Egypt in the group stages in 2013. I don't think they are taking us lightly."

Al Ahly are the reigning Confederation Cup champions and were impressive during the group stages - winning four, losing one and drawing one of their six matches.

Pirates, meanwhile, have been struggling, having to go back to August 22 for their last victory. They were hammered 4-1 in their last match in the competition and the players are not looking motivated at the moment.

"I strongly believe we are much better than the team you saw in Zamalek. We will be a different side," Masalesa said.

Bucs captain Oupa Manyisa, who has four goals in the competition, has been ruled out of the clash with an ankle injury, while defenders Happy Jele and Siyabonga Sangweni are suspended.

Masalesa is likely to start after playing the last two matches against Mpumalanga Black Aces and Polokwane City.