All eyes on Man United as deadline day dawns 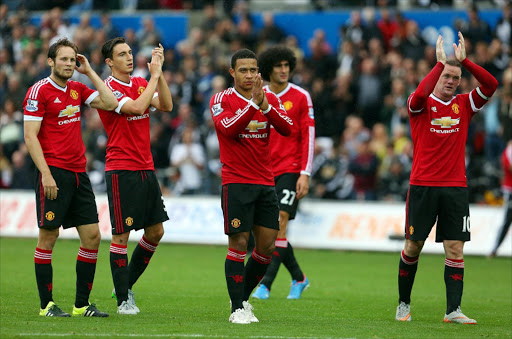 Goalkeeper De Gea had appeared on the brink of a move to Real Madrid worth between 30 million ($33.8 million) and 40 million euros and involving Keylor Navas in part-exchange, only for the deal to collapse at the last minute.

A Spanish Professional League (LFP) spokesperson told AFP that De Gea had not been registered as a Madrid player, as sources close to both clubs reportedly blamed each other for the deal breaking down late on Monday.

Having pinpointed De Gea as a transfer target since the beginning of the transfer window, Madrid may now elect to appeal to world governing body FIFA to ratify the transfer.

Meanwhile, United are expected to confirm a staggering deal for 19-year-old Monaco striker Anthony Martial, who left France’s training camp on Monday in order to sign a contract at Old Trafford.

With United struggling for goals, they have elected to take a gamble on the talented but inexperienced Martial, who has played only 52 Ligue 1 games for Monaco, scoring 11 goals.

British media reports said that United would pay around £36 million ($55.2 million, 49 million euros) for the uncapped former Lyon youngster, which would make him the most expensive teenager in the game’s history.

But reports in France claimed the fee could eventually reach the dizzying sum of 80 million euros, on a par with what Madrid paid Monaco for Colombia star James Rodriguez a year ago.

“Last year we saw £85 million of spending on deadline day and with further business expected over the coming hours, it looks set to be another record summer of spending for the Premier League,” said Alex Thorpe from Deloitte’s Sports Business Group.

“This level of spending continues to be driven in large part by the increases in domestic and overseas broadcast revenue in recent years.” In early deadline-day business, Everton announced the signing of Argentine centre-back Ramiro Funes Mori from River Plate on a five-year contract for a fee of £9.5 million.

Having been rebuffed three times in their pursuit of Everton defender John Stones, Chelsea signed Senegal centre-back Papy Djilobodji from Nantes on a four-year deal, the French club announced.

Meanwhile, West Ham United have brought in Alex Song and Victor Moses on loan, from Barcelona and Chelsea respectively, and signed Croatian striker Nikica Jelavic from Hull City on a two-year deal.