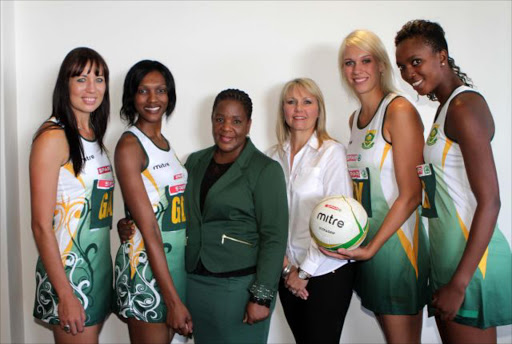 The Proteas head back from Sydney's Netball World Cup with a fifth place in the global showpiece, but more importantly still the number one team in Africa.

The Proteas were determined to avenge defeat to Malawi in the pool stages of this competition and to entrench their fifth place on the world rankings, which they recently lifted from their African sisters. They did so with a bruising 48-46 victory over Malawi at the Sydney Olympic Park in their final match yesterday.

As expected, there were tumbles, bruises, scratches and even a hint of a black eye on the face of Proteas captain Maryka Holtzhausen at the end of one of netball's great grudge matches.

"I think there was huge pressure on us to reclaim that number one status in Africa after they beat us in the first match here. I think we handled it well and put in a good 60-minute performance," said Holtzhausen.

The Spar Proteas also finished fifth in the previous World Cup in Singapore in 2011. But there is a renewed excitement in the team around this World Cup as the first one under their new coach Norma Plummer.

"We improved with every game and overall I am satisfied with our performance. There were a few matches where we felt we could've performed better.

"The England match in particular was within our grip and we let it go to not make the semis.

"But if Norma can do this with us in only four or five weeks, then I can't imagine what she can do in four years," said Holtzhausen.

Plummer certainly took on a challenge, agreeing to lead a team to a World Cup with such a short time.

But the gritty Aussie believes the World Cup could be a major step forward for the side. "I'm delighted for the team. To come out African winners is fantastic," said a content Plummer.