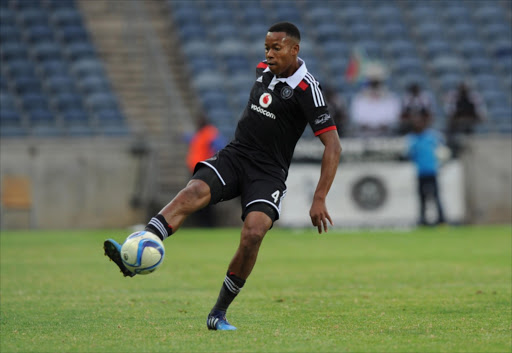 Orlando Pirates showed again that they are a side South Africa can rely on in continental club competitions when they got their CAF Confederation Cup group stages campaign off to a perfect start on Saturday.

The Buccaneers remain unbeaten away from home in the competition this year. They put on another brave performance to overcome 2012 champions AC Leopards in Dolisie, thanks to a solitary goal from defender Happy Jele in the second half.

Pirates coach Eric Tinkler had done his homework before facing Leopards, who lost only their second match at home in this competition in the last three years.

He knew the pitch was horrible and had already warned his players about the threat of Leopards' attacking midfielder Cesaire Gandze.

So the plan was simple - no mistakes at the back and make the most of the few opportunities they get in front of goal.

The Buccaneers did just that and they are now top of Group B on three points, level with Egyptian giants Zamalek, who beat CS Sfaxien of Tunisia 1-0 in Cairo.

"When it comes to playing in any of the CAF matches we understand the importance of winning over entertaining," hero Jele told the Bucs website after the clash.

"It's not easy playing away.

"There are many conditions we are faced with and for that reason we simplify things and focus on getting the job done.

"We are happy with the result. We are going back home with what we came here to get, three points.

"It's always great scoring but as a defender I am equally delighted to have been able to help the team record a clean sheet in a tough game like that one."

Leopards were the only side Pirates did not beat during the Champions League group stages in 2013, but this time the Buccaneers were better prepared.

Pirates, who will be back in the country today, next face Zamalek on July 11 as they continue their bid to win the continental club competition.