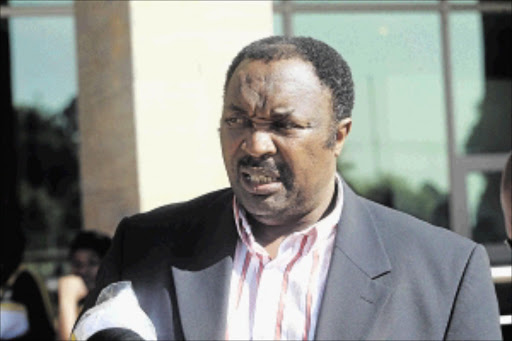 Jomo Sono is a master at finding talented strikers around the continent.

From Benjamin Mwaruwari to Esau Kanyenda and then Chris Katongo, Sono's list of lethal foreign strikers keeps on growing.

In Charlton Mashumba, the hotshot at the moment, Sono has found another gem. And on Sunday the Zimbabwean proved just why his coach rates him so highly, netting a brace in Ezenkosi's 4-1 victory over Moroka Swallows in the promotion-relegation play-offs.

The two strikes took Mashumba's tally for the season to 19 goals and he is itching to terrorise the Black Leopards defenders this afternoon.

Cosmos, who are top of the three-team mini-league play-offs table on goal difference, host Leopards at Vaal University of Technology (3pm), where Ezenkosi have only lost once this season.

"We have to carry on from where we left off when we play against Leopards. From the way things are right now I can see ourselves playing in the PSL next season. We have got a good chance. We just have to keep working hard. For me I get chances and I bury them," the 22-year-old Mashumba said at the weekend after making the Swallows defenders look like amateurs.

Sono, meanwhile, described Leopards as "the best team in the First Division", ahead of their meeting today.

Lidoda Duvha comfortably beat Ezenkosi in Thohoyandou a fortnight ago, but it will not be a walk in the park at Cosmos' home ground today. The fans in the Vaal are going to make life difficult for Leopards.

While Cosmos will be banking on Mashumba for goals, their opponents will rely on Roggert Nyundu, who returns from suspension today.

The two strikers will play a key role in deciding today's encounter.