Is this the end of an era for Sharks? 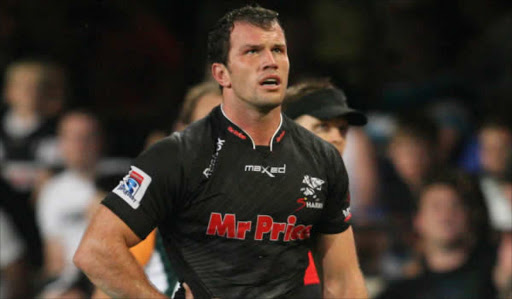 Tomorrow's clash against the Reds could be a watershed one for three Springboks who have been integral to the Sharks.

With rumours abounding that Willem Alberts, Bismarck du Plessis and his brother Jannie are on their way out at the end of the season, they could be taking part in their final Super Rugby match down under.

After this year's World Cup, not much is left for these players as they are all over 30 and another tournament could be a bridge too far.

The trio have been pencilled in the starting line-up for the Brisbane fixture as Gary Gold's side look to salvage some pride and points from a deflating tour.

They are coming off a mugging in Sydney against the Waratahs.

While there have been tries scored, the Sharks' defence has been porous, conceding four-try bonus points in each tour game.

Despite the defeats, Bismarck and Alberts have been monumental, seemingly playing with the knowledge that further trips to Australasia in Sharks colours are unlikely.

Hampered by injury, Jannie has been a shadow of his powerful scrumming self this season and even when he has played, his impact has been minimal.

It tells the story of the Sharks' senior players, who have been missing in action as Shark fin soup has been a favoured Super Rugby delicacy.

The Sharks' play-off chances long dissipated with their poor start to the tournament, eliminating the opportunity to return as a wild card entrant.

Their lowly log position and their franchise record six consecutive losses highlights the plight of their disappointing season.

Signing off with a victory in Queensland would be the perfect balm for their deep wounds.

The trio have tasted victory in Brisbane before but the question is can they raise themselves for one more overseas battle?