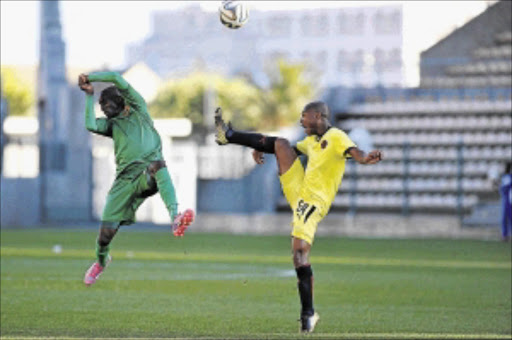 Zimbabwean striker Charlton Mashumba scored twice to ensure a 2-0 away win for Jomo Cosmos over Cape Town All Stars on the final day of the National First Division and a berth in the promotion-relegation play-offs.

The Cosmos' forward had an easy put-away after just five minutes as Pentjie Zulu's cross was not properly cleared and a clever back heel from Matsilele Sono allowed Mashumba to net his 17th goal of the season.

He added a second with eight minutes left, again set up by Zulu. "We are ready for the play-offs," declared owner-coach Jomo Sono.

Ezenkosi finished second in the standings as they moved to 53 points, seven points behind already crowned NFD champions Lamontville Golden Arrows, who won away 2-1 at Highlands Park in Tembisa.

Black Leopards beat African Warriors 2-0 in Thohoyandou to finish third and will host Cosmos in the opening game of the play-offs on Sunday.

Moroka Swallows are the other side involved in the six-game mini-group.

Cosmos went into their last game of the regular season virtually assured of a place in the play-offs because of a vastly superior goal difference, but Sono said he wanted to leave nothing to chance.

All Stars had to win to keep alive their faint hopes of finishing among the top three, but lacked penetration in a scrappy match. The team's best chance came late when Bafana Sibeko struck the crossbar.