AC Milan have an eye on Serero 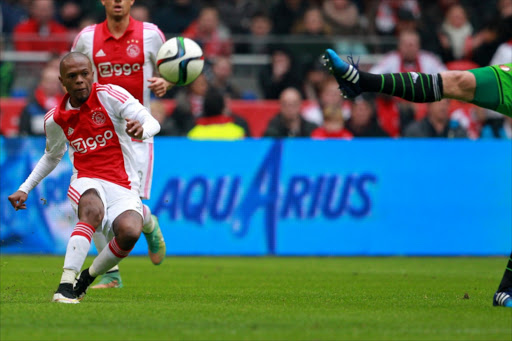 Thulani Serero's growing reputation in Europe is beginning to gain plenty of admirers with Italian giants AC Milan said to be mulling over an approach for the player at the end of the season.

That is according to a number of reports in Italy, which allege that club bosses admire the deep-lying defensive midfield qualities of the 24-year-old and believe he could adapt well to the Italian game.

While no comment could be garnered from Serero's agent, Mamelodi Sundowns' Mike Ntombela, a transfer fee in the region of ?5-million (R65-million) has been quoted.

The reports also suggest the move might depend on whether the struggling Milan side qualifies for European club competition next season - they currently occupy 10th position in the table under coach Filippo Inzaghi, eight points off the Uefa Europa League paces.

Serero has a contract with Ajax that runs until June 2017 and were they to sell in the European summer for the quoted price, they would more than double their money having paid Ajax Cape Town R25-million for his services in 2011. Ajax have first-hand experience of Serero's skills. He played for Ajax Amsterdam at the San Siro in a Uefa Champions League clash in December 2013 when he helped the Dutch club to a credible 0-0 draw.

The tight restrictions placed on players from outside of Europe may be a stumbling block, and were Serero to join, then one of Milan's Ghanaian duo, Sulley Muntari or Michael Essien, would have to make way.