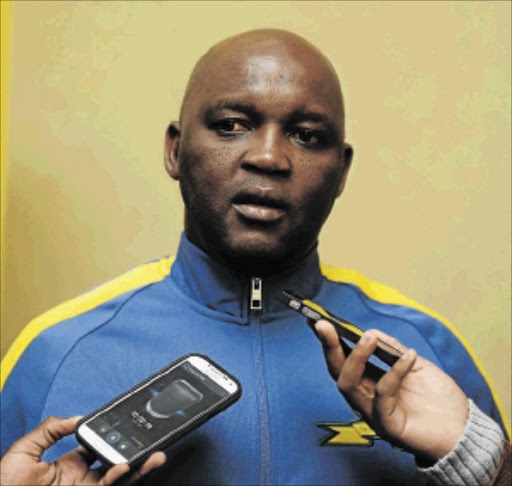 ORLANDO Pirates may have suffered two successive Absa Premiership defeats while Mamelodi Sundowns registered as many victories in the last week.

But ahead of tonight's clash between the giants at Orlando Stadium (7.30pm), Pitso Mosimane cautioned his side against underestimating the wounded Buccaneers.

"We should not get ahead of ourselves. Sure, we are beginning to score goals, and that's important. But we are not quite where we want to be," the Sundowns coach said.

Sundowns beat SuperSport United and Free State Stars to move up to second in the Premiership last week, while Pirates had a tumultuous week during which their coach, Vladimir Vermezovic resigned following a defeat to Maritzburg United.

A few days later, they were handed a 2-0 beating by Kaizer Chiefs.

That, naturally, should mean Sundowns are favourites going to Orlando tonight, but Mosimane would hear none of it.

He told the club's website that he would continue using the league programme as preparation for next year's CAF Champions League, which kicks off in February.

"We are giving as many players as possible game time as we prepare for the challenge, not only of the remaining games of the year, but also the crowded second half of the PSL season plus our African Champions League foray. We are going to need every player as injuries and suspensions will be inevitable.

"All our players need to be ready to step up their effort. Factor in the travelling time that is going to come into play, and you will see why it is important to prepare the whole team for the challenge."

Sundowns will be without key striker Cuthbert Malajila, who limped off in their win over Stars on Saturday. Ace midfielder Hlompho Kekana will also have to tread carefully as another booking tonight would mean he misses the weekend's clash against University of Pretoria.