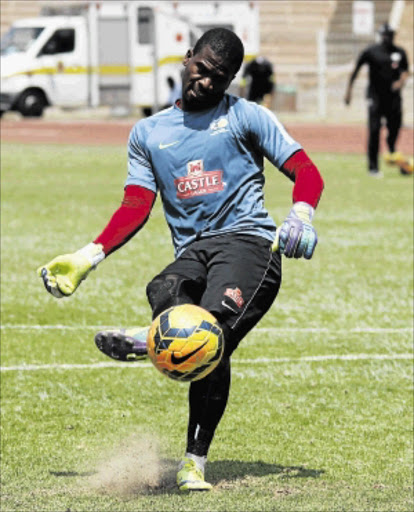 SHAKES Mashaba was tempted yesterday to use a different phrase to describe his work with Bafana Bafana so far, having made them a force in their Africa Cup of Nations qualifiers.

The South Africa coach again defaulted to "rebuilding" but admitted their campaign - with wins against Sudan and Congo as well as a draw against Nigeria in Group A - was a surprise to him and his technical team.

Bafana will qualify for next year's finals in Morocco if they beat Congo again tonight at Peter Mokaba Stadium (8.05pm kickoff).

"Some people are lucky in that everything they touch turns into gold. We are a little bit surprised that this has turned into something else because we did not expect to get it right so quickly. Now we are the team to beat in this group," said Mashaba.

"We are still guided by the Safa vision, and the first thing you do with such a project is that you tell everyone about their strong points and make them aware of their role and that they will determine their fate."

The coach is mindful of the fact that all it will take for SA to qualify for a major tournament for the first time since 2008 is a win against Claude le Roy's Congo side. But he warned against complacency.

"People are also saying we should qualify early and try other players. No ways. Everyone must earn their place in the team."

Mashaba also added that goalkeeper Senzo Meyiwa will continue to captain the Bafana side because there was still a shortage of leaders in the team.