Moeneeb in line for Wits return 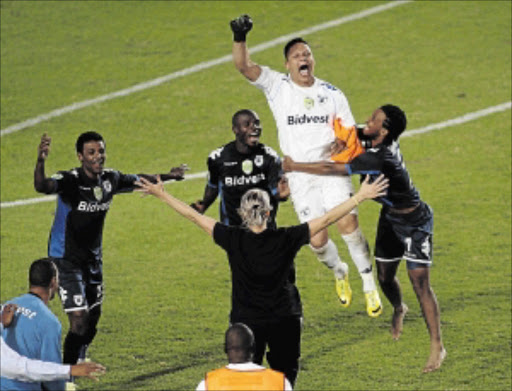 MOENEEB Josephs is set to return in goal for Bidvest Wits and play his first game of the season for the club tomorrow after breaking his foot in pre-season training.

Wits general manager George Mogotsi told Sowetan yesterday Josephs has been hard at training ahead of their Absa Premiership match against AmaZulu at Milpark Stadium at 8pm tomorrow.

Mogotsi, however, could not say if the 34-year-old former Bafana Bafana goalkeeper would be selected for tomorrow's clash.

"There will be another training tomorrow [today] and the coach will then decide who will be available for selection," said Mogotsi.

The Clever Boys will be hoping to register their fourth win in the new campaign, at the expense of the winless Usuthu side.

Josephs suffered a small fracture in a tackle in practice and what was initially expected to be a two-week setback has turned out to be a much more serious injury that has kept him out for eight weeks.

He has missed the first six league games of the season as well as Wits's run to the MTN8 semifinals.

Back-up goalkeeper Jackson Mabokgwane played in Wits's first seven games of the season - four in the league and the MTN8 matches against Bloemfontein Celtic, where he was a penalty shootout hero, and the double loss to Orlando Pirates in the two-legged semifinal.

But Mabokgwane was sold to Mpumalanga Black Aces.

It meant that Rowen Fernandez, who Wits signed last month as further cover, played in their last two league games against Moroka Swallows and Pirates.

The 36-year-old Fernandez has returned to the club where he made his professional debut after coming to the end of his contract at SuperSport United.

Under-23 international Boafela Pule has also been loaned from United but has yet to make his top-flight debut.

The Students keep a closer eye than most clubs on goalkeeping issues after injuries in this department last season forced them to press 45-year-old goalkeeper coach Andre Arendse into service and they ended the season having used seven different shot stoppers.