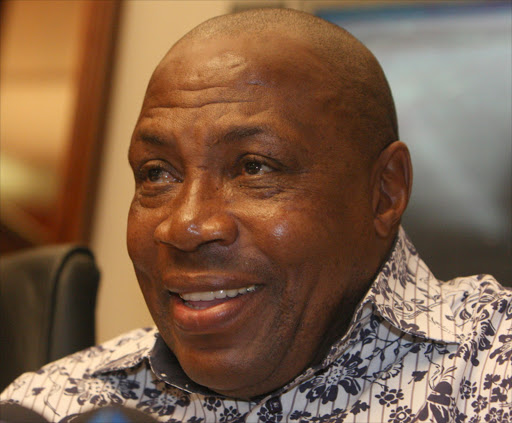 Senegal outclassed seven-time champion Egypt 2-0 and South Africa opened a new era under coach Ephraim Mashaba with a 3-0 win in Sudan to start the final round of African Cup of Nations qualifying on Friday.

Guinea beat Togo 2-1 despite going down to 10 men in a game moved to neutral Morocco because of the deadly Ebola outbreak in Guinea.

Another 11 games will be played on Saturday, when defending champion Nigeria will start its campaign in the competition that will decide the 16 teams at the continental football championship next year in Morocco.

Senegal's impressive home win over the Egyptians in Dakar came through two first-half goals created by Lokomotiv Moscow's Dame N'Doye. He slid a pass through for Mame Biram Diouf to clip a shot in off the goalkeeper in the 17th minute for the lead. N'Doye threaded an even better ball through the Egyptian defense for Sadio Mane to score the second as the home team maintained complete control at Leopold Senghor Stadium.

Chelsea's Mohamed Salah missed a rare chance for Egypt when he lobbed over the crossbar in the second half and the visitors were lucky not to be down to 10 men when Okka hacked down Mane in a Senegalese breakaway.

Tunisia is also in the tough Group G and hosts Botswana on Saturday.

For South Africa, substitute Sibusiso Vilakazi poked home with his first touch in the 55th minute in Sudan and added a second six minutes later for his first goals for his country. Bongani Ndulula scored the third in the 78th to take Bafana Bafana to a promising 3-0 away win for the early lead in Group A.

Mashaba's new-look South African team had absorbed some early pressure on a steaming hot night at Al-Merrikh Stadium in Obdurman when players were given a water break halfway through the first half. Vilakazi then pounced from close range to break through straight after being introduced by Mashaba early in the second half. He also powered a right-foot shot into the roof of the net to make the lead comfortable before Ndulula's late third.

Mashaba is in his second term in charge of South Africa and took over in July after the 2010 World Cup host failed to qualify for the 2014 showcase in Brazil. He started with a morale-boosting win for an underperforming South African team, which was due to travel home straight after the final whistle to prepare for Wednesday's game against defending African champion Nigeria in Cape Town.

Temporarily banned from playing at home because of Ebola, Guinea opened a 2-0 lead over Emmanuel Adebayor's Togo in Casablanca through Soumah Seydouba's early penalty and a goal by Idrissa Sylla just before halftime. Sylla was sent off early in the second for a bad foul, but Togo could only pull one back through Jonathan Ayite despite piling on the pressure. Guinea is top of Group E, which also contains Ghana and Uganda.

The final round of qualifying for the tournament has 28 teams split into seven groups of four. The top two from each group and the best third-place team will join host Morocco at the African Cup in January and February.

The five teams that represented Africa at the World Cup in Brazil will all open their campaigns on Saturday: Nigeria hosts Republic of Congo, Algeria is away at Ethiopia and Ghana plays Uganda. Ivory Coast and Cameroon are drawn in the same group, with the Ivorians opening at home to Sierra Leone and Cameroon traveling to Congo.