Pekerman can slay past demons 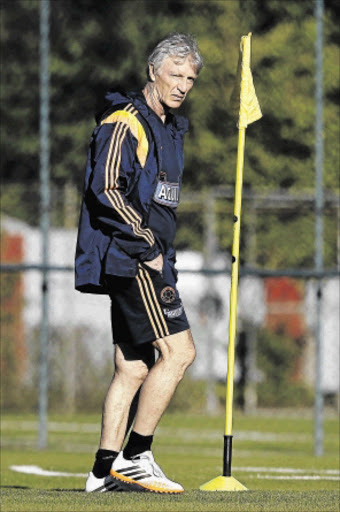 FORTALEZA - In the closest set of last-16 matches ever at a World Cup, only Jose Pekerman's Colombia were comfortable victors, sweeping aside a despondent Uruguay 2-0 to cruise into the quarterfinals.

Now, though, comes the real test for Los Cafeteros and their Argentine manager as he aims to bring down an expectant Brazilian nation riding a wave of emotion.

Pekerman's bitter exit with Argentina in 2006 on penalties to hosts Germany has left him with unfinished business at the World Cup.

Eight years on he has the chance to banish those ghosts and repay his own country as well as his adopted Colombia by knocking out Argentina's eternal rivals from their own World Cup.

The pressure and tension surrounding every game the hosts play is palpable not only in the stadium, but around the entire country.

By contrast, Colombia, having lost star striker Radamel Falcao to injury, have played in a more care-free manner, which has allowed their flair players, particularly James Rodriguez, to shine.

"Sometimes a team with a lot of potential, if they don't find the result and they need to win, they can't play so brilliantly," Pekerman said of Brazil after beating Uruguay.

"So the competition becomes interesting because a team with less individual stars can disturb the balance of the other team."

In stark contrast to Brazil coach Luiz Felipe Scolari's reliance on feeding the emotions of his players, Pekerman's strength lies in his tactical prowess. He has already shown his flexibility in this competition by switching from a one-striker system that worked well in the group stages to playing two up front against Uruguay. - AFP