Banyana not ready to relax 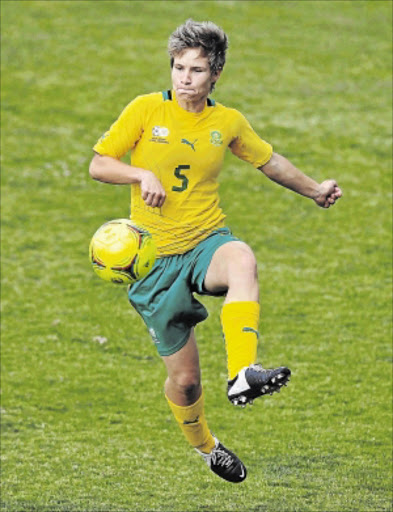 BANYANA Banyana hope to maintain their appetite for goals when they take on Botswana in an international friendly tomorrow.

The match will take place at the Vaal University of Technology in Vanderbijlpark. Kick-off is at 3pm.

Banyana Banyana were forced to organise a game against Botswana after Comoros announced their withdrawal from the 2014 African Women's Championship qualifiers.

This was after Banyana Banyana ruthlessly hammered them 13-0 in the first leg in Comoros two weeks ago.

"We expect a tough game, Botswana are one of the good teams in southern Africa," said captain Janine van Wyk. "We want to maintain our winning momentum and also keep on scoring a lot of goals as part of our preparations for the African Women's Championship finals."

Coach Vera Pauw has also roped in new players, including Kgadi Mokoma and Chantelle Esau, who are both from Palace Super Falcons in Gauteng.

Pauw, who represented Holland at the World Cup finals as a player and coach, has also recalled Noko Matlou and Russia-based Nompumelelo Nyandeni.

"I want to give as many players as possible a chance, we want to select a well-oiled team for the African Women's Championship finals in Namibia in October.

"We want to be one of the top three countries in Namibia so that we will go to the World Cup finals in Canada next year. Everything is going according to plan for us."

Matlou, who missed the game against Comoros, is excited to be back in the team. "It's always a great pleasure to be selected to play for Banyana Banyana. We are preparing for the continental finals, [and] I want to be part of the successful Banyana team during that tournament.

"We want to make history by being the first Banyana Banyana team to go to the Fifa Women's World Cup. We have a good coach in Vera. There is light at the end of the tunnel for the team."

Acting team manager Levy Ramajoe urged the people of Sedibeng and surrounding areas to support Banyana. "It's the best team and we are confident they will qualify for the World Cup."