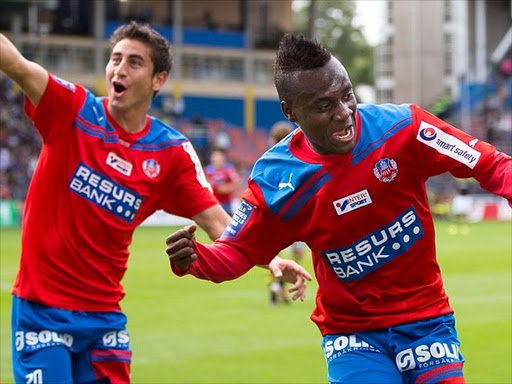 Ghana have reached the knock-out stages of the last two World Cups and the emerging African power is thinking of even bigger goals at Brazil 2014. "I can promise you that Ghana will survive the group stage and then will raise the trophy," the nation's football federation president Kwesi Nyantakyi.

Ghana coach James Kwesi Appiah was a bit more reserved than his boss, saying: "Every coach has a goal and I believe in my players and my team. But I cannot say what we will achieve. But what I can promise is that we will not embarrass the Ghana people."

The Black Stars have a right to say they are the most successful African team of late - having advanced past the group stage in their first two World Cups. At Germany 2006, Ghana beat the Czech Republic and the United States before losing to record champions Brazil in the round of 16. In South Africa, the Black Stars were the only African side to advance from the group stage.

They then beat the United States again before falling to Uruguay in a penalty shoot-out in the quarter-finals, after failing to convert a last-minute penalty in extra time which could have made them the first African team to reach the last four. World Cup qualification was a bumpy road but Ghana eased past Egypt 7-2 on aggregate in the play-offs to book their ticket to Brazil.

The 2014 World Cup promises a tough group stage as Ghana were drawn into a group with Portugal, Germany - and the US. The Ghana players do have top level club experience to call upon.

Kevin-Prince Boateng plays for German side Schalke, and AC Milan's Sully Muntari and Michael Essien are just two of a handful of team members who play in Italy, along with Juventus' Kwadwo Asamoah and Emmanuel Agyemang-Badu.

Veteran Asamoah Gyan, who missed that penalty four years ago, will also be a big factor in any success Ghana have.