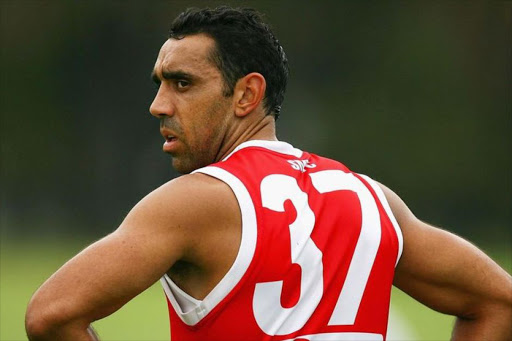 Australian Rules football player Adam Goodes, named Australian of the Year for his work against racism, has been the target of a racist slur again while playing in a top level AFL match.

The Essendon club has terminated the membership of a fan who shouted the slur during a match in Melbourne on Friday against Goodes' Sydney Swans. The fan was ejected from the stadium by police and Goodes was unaware of the incident.

In May last year, Goodes, who is of Aboriginal heritage, was distressed when he was called an ape by a 13-year-old girl during Sydney's match against Collingwood.