Brussow 'not valued in SA' 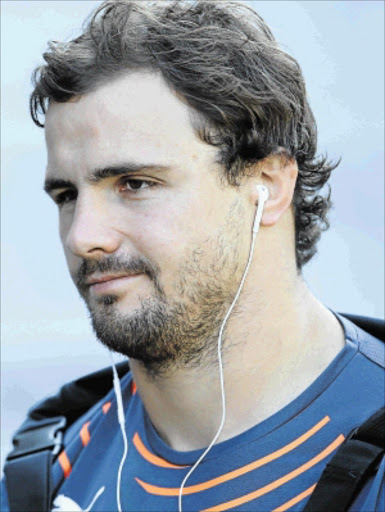 Brumbies captain Ben Mowen, who saw his side lose some ground to the Sharks in their pursuit of the top Super 15 spot, was in awe of the diminutive open-side flanker.

Brussow came out tops over the bulkier Brumbies' back row and helped the Cheetahs win 27-21.

The country is waiting for Heyneke Meyer to announce his first training squad of the year but past years of the Springbok coach's tenure indicate Brussow will be left out.

He last played for the Boks in the World Cup quarterfinal defeat to Australia in Wellington three years ago. Mowen said elsewhere in the Sanzar nations Brussow enjoyed high respect.

"I'm not sure if he's as valued in South Africa as he is in Australia and New Zealand," said Mowen.

"He's a genuine fetcher but he probably does not have the build of most South African loose forwards but he's one of the best in the world when it comes to going hard on the ball.

"We know that whenever Heinrich plays he lifts the Cheetahs side up a few notches.

"To face a Springbok team without Brussow presents a different breakdown challenge. He's well respected in our part of the world."

Cheetahs coach Naka Drotske said it was difficult to explain what Meyer's plans were judging from previous Brussow exclusions.

"He's a world-class player and belongs among the 3% of players in the world that I consider really special," he said.

It is not going to get easier for Brussow to win Meyer's favour, especially with Schalk Burger returning to form for the Stormers this year after a two-year layoff.

Francois Louw is not expected to be called up for the initial training squad but Marcell Coetzee and Siya Kolisi on the wings will be looking for their breakthroughs.