Phewa back for Banyana 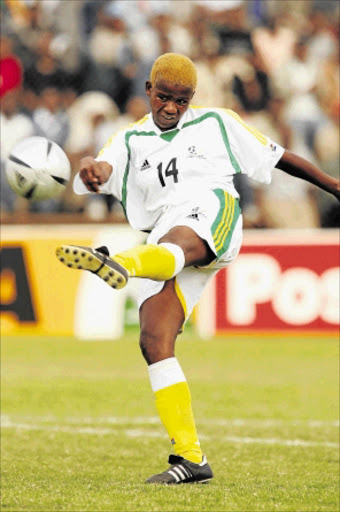 The 33-year-old has been recalled by coach Vera Pauw for Sunday's international friendly with Ghana at Dobsonville Stadium (kickoff at 3pm).

DRIBBLING wizard Veronica Phewa is back with Banyana Banyana after almost five years, despite being without a club.

The 33-year-old has been recalled by coach Vera Pauw for Sunday's international friendly with Ghana at Dobsonville Stadium (kickoff at 3pm).

She is the second veteran star to be returned to the team by Pauw, who is building a new side for the 2014 African Women's Championship qualifiers.

After taking over the reins in April, Pauw convinced former team deputy captain Simphiwe Dludlu to come out of international retirement.

Phewa, who has also played for English Premiership side Arsenal, is unemployed after she left FC Indiana in the US due to a contractual dispute.

Safa yesterday refused to allow the media to interview Phewa, saying Pauw wanted to have a look at her.

Team manager Levy Ramajoe also confirmed the return of goalkeeper Thoko Mndaweni, who was sidelined by a knee injury.

Pauw said they were using international friendlies to try combinations in the team ahead of the start of their qualifiers.

Banyana will start their campaign against Comoros on the road at the end of this month but the exact date is still to be confirmed by the hosts.

"The game against Ghana is important for our preparations for the qualifiers, we are in the process of building a formidable team," said Pauw.

The three top countries from the championship in Namibia will represent Africa at the 2015 Women's World Cup in Canada. Pauw, who has represented Holland as player and coach, has promised to take Banyana Banyana to their first World Cup.