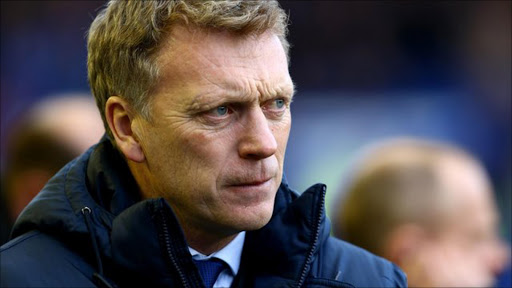 The club had earlier said he had not been sacked, but refused to deny widespread British media reports that he would be sacked before the end of the season.

Manchester United are going to sack manager David Moyes according to the British media who set off a new torrent of speculation surrounding the beleaguered Scotsman on Tuesday.

The club had earlier said he had not been sacked, but refused to deny widespread British media reports that he would be sacked before the end of the season.

A spokesperson from United told AFP in an email: "David Moyes has definitely not been sacked!"

However, when journalists asked the club if he would leave before the end of the season, they were told: "We do not comment on speculation."

And later Monday the Daily Telegraph newspaper reported that Moyes would be sacked on Tuesday, having lost the support of the club's US-based owners, the Glazer family.

The Telegraph added Ryan Giggs, with Nicky Butt as his assistant, would take charge until the end of the season with the stricken Premier League champions still to play Norwich, Sunderland, Hull and Southampton this term.

Giggs, the club's record appearance-holder, has served as player-coach under Moyes while Butt, himself a former United midfielder, has worked with the reserves.

Speculation about Moyes's future intensified following Sunday's 2-0 loss at Everton -- the Scot's former club -- which condemned United to their 11th league defeat of the season and meant they could no longer qualify for the Champions League.

Moyes was the chosen successor of former United boss Alex Ferguson --British football's most successful manager -- following his retirement at the end of last season.

But Moyes has endured a torrid first season at Old Trafford, with United falling to seventh place in the Premier League and being knocked out of both domestic cup competitions.

They reached the quarter-finals of the Champions League, where they lost to holders Bayern Munich, but will not compete in the competition next season for the first time since 1995.

Earlier on Monday, Moyes told MUTV, United's in-house television station: "We need to end the season on a high.

"We want to finish by winning all of our games. We'll do everything we possibly can to make that happen."

Atletico Madrid coach Diego Simeone was one name identified as a potential successor to Moyes in British media reports, but he refused to discuss the speculation on Monday.

Speaking before the first leg of his side's Champions League semi-final at home to Chelsea, he told a press conference: "With all due respect to the question, and I understand the situation, but the match tomorrow (Tuesday) is a very important match for us and I am not thinking about anything which is not my players and Chelsea."

"I fear for him," Gary Neville told Sky Sports.

"I haven't spoken to anyone at the club today (Monday). Usually they don't comment on anything, but they're going to have to clarify this position quickly."

Neville, also now a member of England manager Roy Hodgson's backroom staff, said he hoped United would buck the trend for hiring and firing managers by sticking with Moyes.

"I genuinely believe when you give a man a six-year contract, that he deserves the opportunity and time, and professionally the respect," he said.

"Football is a world of madness. The average manager gets sacked every 12 months and I've always felt Manchester United should be different, hold themselves up as a club that basically stands against what's happening in the game."

However, Neville said there was no denying the low-grade quality of United's display against Everton, and many others this season.

"Yesterday (Sunday) was a poor performance. Some of the performances this season have been shocking, well below the accepted levels, and it's not doing David Moyes any favours."

After Sunday's match, Moyes said "rank" and "rotten" defending had led to Everton's two goals; a penalty converted by Leighton Baines and a goal scored by Kevin Mirallas.

It was a point emphasised by United's former Everton striker, Wayne Rooney.

"We conceded two really sloppy goals, which we need to cut out because we're making it hard for ourselves to get back into games," Rooney said.

"For the second one, we should have stopped the counter-attack. They ran in behind us. It's not good enough."