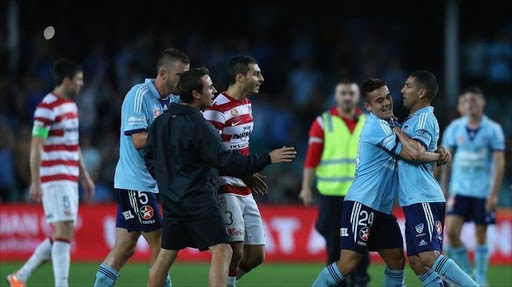 The FFA said there was a lack of evidence to discipline Western Sydney's Brendon Santalab, who Sydney FC's Abbas alleged had insulted his race, culture and religion during a match on March 8.

Football Federation Australia on Thursday dismissed allegations by former Iraqi international Ali Abbas that he was racially abused during an A-League match.

The FFA said there was a lack of evidence to discipline Western Sydney's Brendon Santalab, who Sydney FC's Abbas alleged had insulted his race, culture and religion during a match on March 8.

"Brendon Santalab accepted that Ali Abbas genuinely believed that the offensive word had been used," it said in a statement.

But given the "undisputed high noise levels and in the absence of other eyewitness or corroborative evidence, it was possible that Ali Abbas may have misheard what was said by Brendon Santalab", the committee said.

"Therefore the committee was not satisfied to the necessary standard of proof that the offending words were used by Brendon Santalab and dismissed the matter."

Abbas had protested furiously to the referee in the final minutes of the volatile Sydney derby and later said his outburst was triggered by what he alleged to be racial slurs.

The incensed player had to be physically restrained by his team-mates several times as he raged at Wanderers players.

Abbas, 27, was a member of the victorious Iraqi national team that won the Asian Cup in 2007.

He fled war-torn Iraq after playing an under-23s international against Australia north of Sydney in 2007, and was later granted asylum to stay in the country. He became an Australian citizen in 2012.