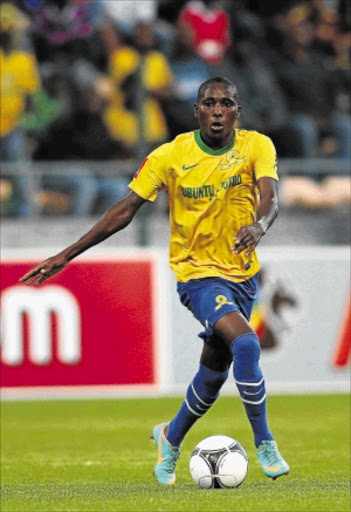 Three more of their stars have entered the sick bay at Chloorkop, increasing the tally to six.

Keeper Kennedy Mweene, Elias Pelembe and Tebogo Langerman were ruled out of the first team this week because of injuries.

Those who were earlier reported to be injured are Khama Billiat, Cuthbert Malajila and Katlego Mashego. They will not be available for selection when Downs take on relegation-threatened Polokwane City at Loftus Versfeld on Saturday. But captain Alje Schut is reported to have fully recovered and could play this weekend.

Mosimane said there were indications that Zambian international keeper Mweene, who got a knock during their international friendly against Uganda, might pass a late fitness test just in time for their encounter against City.

"Our supporters are tired of listening to excuses about players who are not in the squad because of injuries," said Mosimane.

"We have enough talent at our disposal, so the struggle for league honours continues. We are fighting to improve on our second position on the log table and we are happy where we are at the moment. The gap between the leaders and their nearest rivals keeps changing all the time. That tells you that there is still a long way to go."

"We are aware that they have one of the best squads in Africa," said Solomons. "Even their players on the bench can be in the starting lineup of every team in the country."

But he warned that those who write City off, do so "at your own peril".