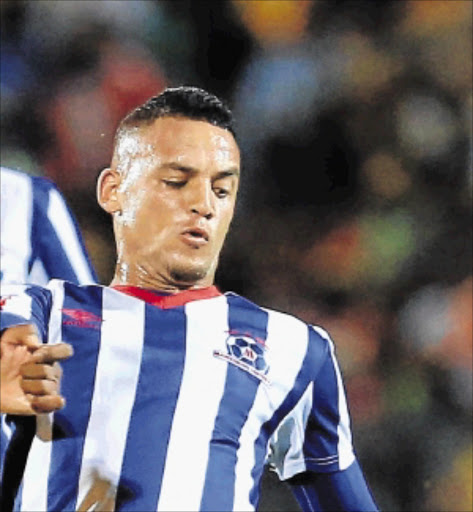 "I don't know if they will survive relegation, but I can only wish them well," said the Maritzburg United coach.

Komphela's three-year marriage with Ea Lla Koto ended in a bitter divorce last year with many sensing that the club would be the worse off after the parting of ways.

When the chance opened up for Komphela, he joined the Team of Choice, who with Tuesday's 3-2 win over Stars at Harry Gwala Stadium, now look to have eased their own relegation worries.

United are six points clear of the danger zone and are unbeaten at home under Komphela in all competitions - a crucial statistic with AmaZulu and Bloemfontein Celtic visiting in the coming week.

Stars are in the relegation play-off position on 17 points, two adrift of safety.

"I sought no vengeance, so I didn't celebrate the defeat of my former team," said Komphela.

"For me it was just a victory for Maritzburg to get out of the mess at the bottom of the log.

"They [Stars] used to put bread on my table, so I respect them and their owner Mike Mokoena. I wish they can do well."

If Komphela would not savour the win over his old club, then the sheer quality of his team's play was something for him to behold. A goal in the sixth minute by Rheece Evans set up the thrilling night.

Evans went on to make it 2-0 in the 21st minute, before Bongolwethu Jayiya planted a free-kick that would have drawn admiration from Manchester United's Wayne Rooney. But the home side let themselves go towards the end, showboating and fooling around leading to Stars poaching two goals.

"We made a few mistakes in the last nine minutes and we were punished.

"The minute complacency creeps in you'll get the shock of your life," cautioned Komphela.

Next up for United are AmaZulu in a KwaZulu-Natal derby at the same venue tomorrow night.

"AmaZulu are a good team and we have to respect them. We would love to be where they are sitting on the log but you can't just wish for it, you have to work hard for it," said Komphela.