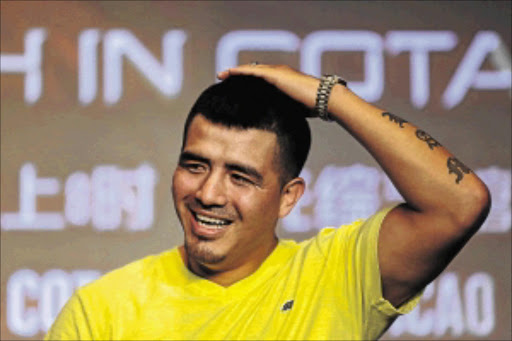 MANNY Pacquiao returns to the ring after two straight defeats to take on American Brandon Rios in the Chinese gambling city of Macau on Sunday.

Once the pound-for-pound king of world boxing, the fighting Filipino is searching for redemption after being knocked out by Juan Manuel Marquez in his last outing in December last year.

His previous loss was a controversial split decision to Timothy Bradley.

Who will win on Sunday?

Pacquiao should - he has conquered at junior-middleweight.

Rios, a junior-welterweight who is moving up to welter, shouldn't be able to surprise him with power, even though he is taller.

Isn't Pacquiao short as a fighter?

One theory is that he was dominating Marquez until he walked into that right hand in the sixth round.

The other view is that his timing is gone, which is why he went walking, chin out, in the first place. His performance against Rios should show what he has left.

Is Rios a good boxer?

Rios is a former junior-welterweight world champion who himself is coming off a defeat. But this is his first foray into boxing's super league. Don't be surprised if it's his last.

Should anyone care about Pacquiao anymore?

At one point he was considered the one boxer who could trouble Floyd Mayweather because of his speed, awkward angles and punching power.

If Pacquiao can replicate his destructive force of old, then there's a possibility of a Mayweather fight.

I'm the wrong guy to ask because I'll probably say yes. Each time I think Mayweather will have a tough time, he wins - and easily too. So, no, Pacquiao cannot beat Mayweather.

The tournament will be broadcast on SS6 from 4am.