Price to pay, but Oosthuizen needs a break 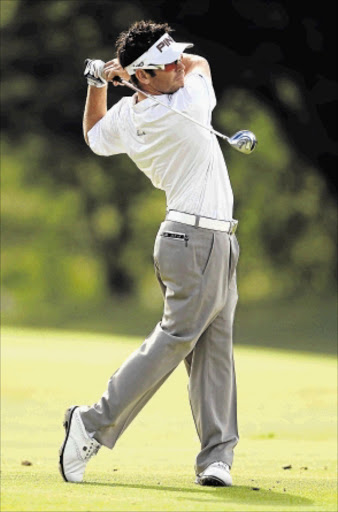 BATTLING: Louis Oosthuizen is nursing an assortment of injuries and is a doubtful starter for upcoming international tournaments PHOTO: GALLO IMAGES

Captain Nick Price "concern" ahead of the October 3-6 Presidents Cup.

South African Oosthuizen, who lies second in the international points standings, does not expect to return to action until the European Tour's September 26-29 Alfred Dunhill Links Championship in Scotland.

"I spoke to him about four or five days ago and he's not going to play until the Dunhill, which is the week before the Presidents Cup," Price told reporters at Firestone Country Club on Tuesday ahead of this week's WGC-Bridgestone Invitational.

"But I said to him, 'just get healthy first'. That's the most important thing. I don't really want him to injure himself further."

Oosthuizen withdrew from the British Open at Muirfield halfway through his opening round earlier this month with a recurrence of a neck-related injury. It was the third time this year he had been forced out of a tournament with the injury, having also quit the Byron Nelson Championship in May and the US Open in June.

"He has a hip flexor problem and anything in the torso in the golf swing, as many of you know, can be very painful," said Price.

Oosthuizen, who won his only major title at the 2010 British Open, will be missing an array of big events packed into the latter part of the PGA Tour, notably this week's Bridgestone Invitational and the August 8-11 PGA Championship.

The Presidents Cup is a biennial competition which pits a 12-man team from the United States against a line-up of international players from outside Europe.

It will be staged this year for a 10th time, with Muirfield Village Golf Club in Dublin the host venue for a first time.