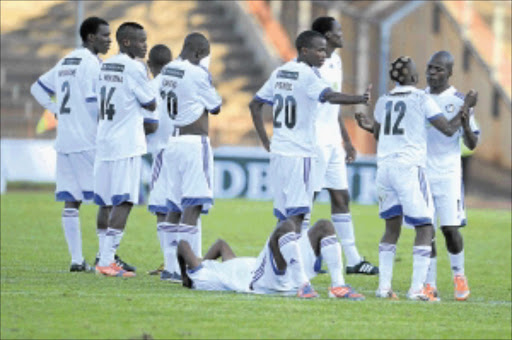 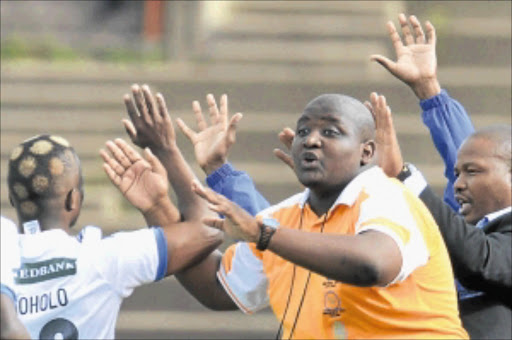 MALUTI FET College want to transfer the confidence they have gained from their run in the last-16 of the Nedbank Cup to winning promotion from the Vodacom League to the National First Division at the end of the season.

Maluti coach Morena Ramoreboli said while he and his players were disappointed to be knocked out on penalties - 4-1, after normal and extra time ended 2-2 - against African Warriors in a Phuthaditjhaba derby at Charles Mopeli Stadium on Saturday, it could also be a blessing in disguise.

Youngsters Jabulani Rantho and Thato Moholo had both played a key role in another fighting performance for Maluti, which followed their remarkable 4-1 thrashing of giants Orlando Pirates in the previous round, but were unable to convert their penalties.

"They were under pressure and wanted to do well. Unfortunately, things did not go their way.

"We have to accept it and say, 'let's try again next time'. Maybe we'll try it next time from the First Division."

Ramoreboli said Maluti had a good chance of reaching the Vodacom promotion play-offs.

"We have three games in hand. Our priority is four points," he said.

The coach said the league had always been the team's priority, despite a run in the Cup that saw Maluti progress past eight rounds to reach the last-16 stage.

"Even if we had reached the Nedbank final, we were not going to be promoted by doing that. I'm not trying to make excuses because we lost," Ramoreboli said.

"But I'm saying, yes, it's a blessing in disguise for us to be knocked out of the tournament now. Now we need to concentrate on the league."

The coach said even with Maluti being knocked out, they had still produced one of the biggest upsets in SA football with their comprehensive win over Bucs.

"We made history. We have shown the country that there is talent and potential in the Vodacom League," Ramoreboli said.

"These boys have done well and need to be given credit for that."