Caster out to prove her worth to the world again 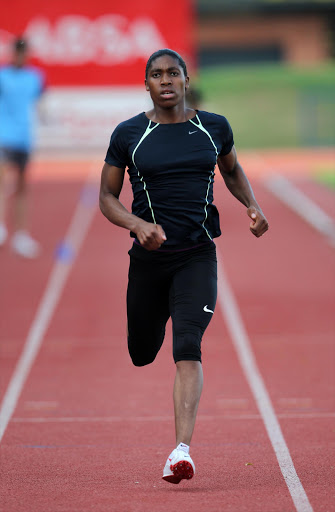 Middle-distance runner Caster Semenya who first wowed the world after winning 800m race at the world championships in Berlin 2009, is out to prove her worth to the world again, as she prepares for the 14th IAAF World Championships to be held in Moscow, Russia.

In an exclusive interview with Sowetanlive yesterday (26/02),  Caster highlighted her enthusiasm ahead of the championships. Caster said: “As a 800m runner the most important thing is speed and that’s what my coach (Maria Mutola) and I have been really working on”.

This comes after she had to settle for a silver medal at the 2012 Olympic Games in London. “I will be focusing only on the 800m event; not more or less as many thought” Caster added.

Asked what South Africa must expect of her at the championships, Caster said “Just like the Orlando Pirates and Maluti FET College match, that score (4-1 in favour of Maluti) was unpredictable. So that goes to show that you never know the strength of your opponent. Anything can happen but I am working towards winning”.

Caster, having overcome scrutiny in the sporting arena alongside 'Blade Runner' Oscar Pistorius for their exceptional speed on the track; poured out words of support for the fellow athlete Pistorius.

“People can assume all they can, Oscar is innocent until proven guilty. I mean Oscar is a professional, he just has to be strong and avoid all rumours, especially those on social networks. I am sure he’ll bounce back.” Caster concluded.

Rumour had it that Caster Semenya was pregnant. She openly dismissed this allegation.

“I heard of that, I am not fazed by such allegations, like I said I am focused on the championships, people can say what they want”.