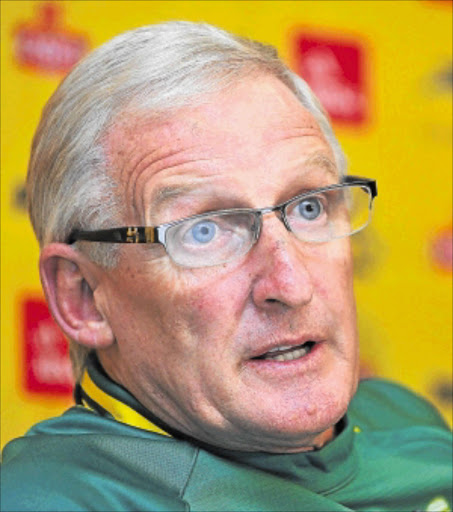 BAFANA coach Gordon Igesund says he searched "far and wide" when picking his final 23-man squad for the Africa Cup of Nations and found Thuso Phala.

For most people watching live coverage of the national team squad announcement on December 30, the Platinum Stars winger was a surprise inclusion.

It was Sifiso Myeni, the Orlando Pirates star, who was expected to get the nod because he had simply played in more warm-up matches than Phala before Igesund picked his final squad.

But Igesund said yesterday Phala was a bit of an ace up his sleeve.

Phala's name popping up in Bafana's starting line-up in the 1-0 defeat against Norway on Tuesday at the Cape Town Stadium was almost unwelcome.

But then he produced a man-of-the-match performance.

"After the Norway game, someone asked me if I was surprised with Phala's performance. And I told them I couldn't have been because that is why I picked him," the coach explained.

Indeed, Phala, a former Kaizer Chiefs and Mamelodi Sundowns player, was a revelation on Tuesday night in Cape Town.

"Just because he plays for a smaller team like Platinum Stars and a lot of people don't get to see him doesn't mean he is not a good player.

"He is quick and he is an out- and-out winger," Igesund said.

But the coach was not shy to mention where Phala needed to improve.

"Perhaps when we get into good positions our players need to do a little bit better. And the one opportunity that I thought we should have used to score against Norway was the shot from Phala, which he missed," said Igesund.