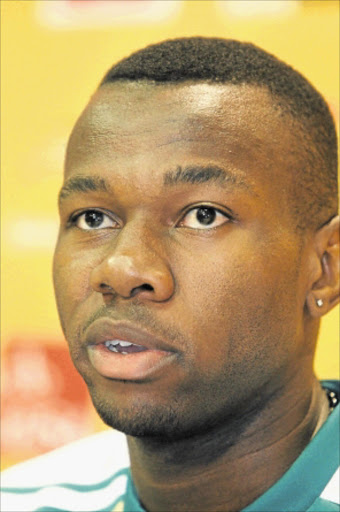 Bafana Bafana captain Bongani Khumalo has paid tribute to the national team's assistant coach, Thomas Madigage, who was killed in a car accident near Burgersfort, Limpopo.

"It is with deep sadness that I have just heard of the passing away of Tommy Madigage," Khumalo said.

"I was fortunate enough to have known Tommy for over six years and am proud to admit what an influence he has had over my career throughout.

"His influence on my life both on and off the field of play was immense, and I have no doubt that I would not be where I am today without Tommy and his contribution to my career and well-being."

Modigage and Khumalo formed part of the SuperSport United camp that won the Premiership title for three consecutive years, between 2008 and 2010.

"Having worked with him at both SuperSport and more recently with the Bafana Bafana squad, I know that he had a significant yet understated role with both teams," the defender said.

"But that was Tommy ­- never one to seek the glory.

"I will forever remember and learn from his humility, dignity, genuine care and unwavering commitment towards making a difference in the lives of those less fortunate than himself."

Khumalo, who plays for Greek side PAOK, on loan from English Premiership outfit Tottenham Hotspur, sent his condolences to Madigage's family and friends.

"RIP Tommy. I will miss you, but will never forget you," Khumalo said in a statement.

"I will do whatever possible to make sure your legacy endures on and off the field of play."