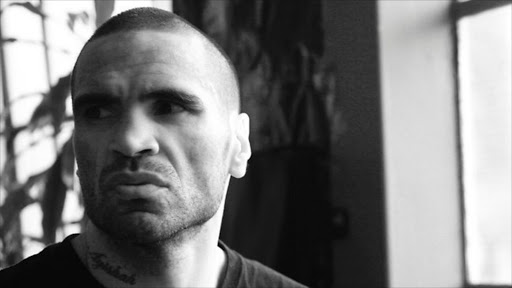 Interim WBA light middleweight champion Anthony Mundine has been accused of racism after making disparaging remarks about the heritage of his upcoming opponent and fellow Australian Aborigine Daniel Geale.

Mundine said of Tasmanian-born Geale at a pre-fight media conference that he thought "they wiped all the Aborigines from Tasmania out" -referencing a colonial-era policy that sought to resettle the indigenous inhabitants of the island state south of mainland Australia. Mundine added that Geale had "a white woman and white kids", and "I don't see him representing black or colored people."

Tasmanian state Aboriginal leader Michael Mansell on Friday described the comments as "ugly and racist, and an embarrassment to Aboriginal people everywhere."

"Racist comments are no less racist because they are made by an Aboriginal against other Aboriginals," Mansell said, adding that Mundine was guilty of "genocide" because he had denied the existence of an entire race.

Mansell said Tasmanian Aborigines had withdrawn permission for the boxer to visit the state.

"That a high-profile Aboriginal would make such ignorant and ugly statements about Tasmanian Aboriginals is downright embarrassing," he said.

Mundine later apologized to native Tasmanians, saying: "I know there are a lot of Aborigines in Tasmania that are proud of their heritage, just like me."

He did not, however, extend his apology to Geale.

"The only reason I questioned Daniel Geale's Aboriginality is because I never seen no action," he said.

"He's a dual world champion ... Daniel's a free man to do whatever he wants to do. I have my opinion, just like you have your opinion.

Geale, the reigning WBA super middleweight and IBF middleweight champion, said he thought Mundine's comments Thursday went "too far" and that his opponent often did not think before he spoke.

"I know he is trying to promote a fight, but you have got to think a little bit before making statements like that," Geale told local Macquarie Radio.