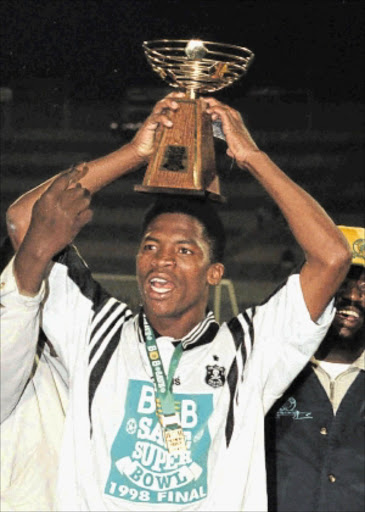 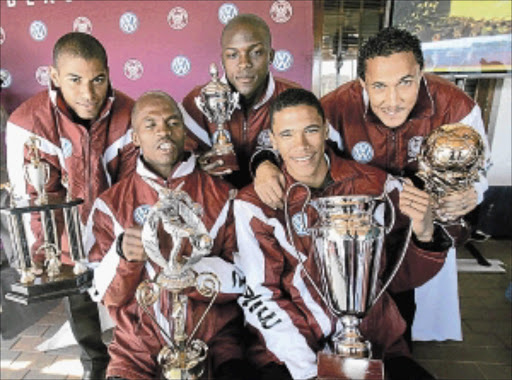 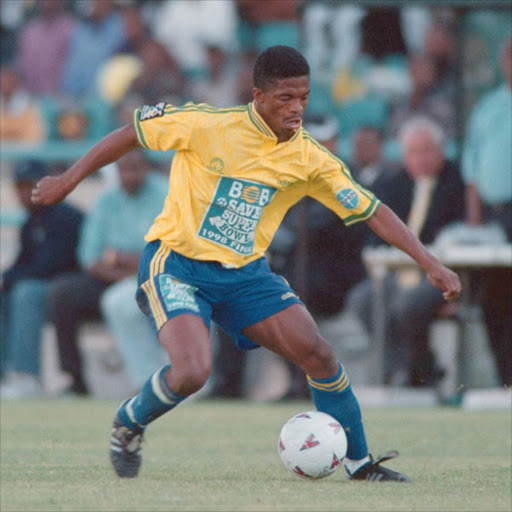 HE is just 36 years old but Lovers Mohlala is already a legend in his own right.

He has seen and done all in the beautiful game, playing for all national teams from the Under-17 up to Bafana Bafana.

He achieved a rare feat in captaining all the junior national teams and he is proud of the contribution he has made to the development of soccer in South Africa.

Mohlala has poured his heart out to Sowetan, talking about his heyday that included a frustrating spell at Greek club Aris Thessaloniki. He also spoke about the fame that goes with being a soccer player, nightlife and his love for women.

So you lived the life of a high flyer during your playing days?

As a player it was frustrating at times because of treatment from some club officials but off the pitch I lived a good life. Football made me very famous and I enjoyed the attention I got from women. I was a kingpin of women.

It sounds exciting. Can you tell us more?

I was close to the Boom Shaka members, especially the late Lebo Mathosa and Mandla Spikiri and we used to party the night away. Wits bought me a brand-new car, a Mazda 626. The model of the car was so relevant to my life because I partied from six to six in the morning.

Didn't that affect you on the pitch?

It sounds very hectic, but I never missed training. I gave my all at training and during matches.

Which team gave you a break in the top flight?

It was Wits University (now BidVest Wits) in 1992, when Terry Paine recruited me from their reserve team. I'm also indebted to Rodney Platt, who was part of Wits management, for taking care of me in all aspects of life at Wits.

You seemed to have had a good time at Wits. Why did you leave them?

I had wonderful coach, teammates and Platt of course, but I was p****d off with what they were paying me. I started with a monthly salary of R600 a month and when I asked for an increase based on my contribution to the team, the owners refused. When I left to join Mamelodi Sundowns in 1997, they were paying me R3,000, which I felt was not enough.

Who recruited you at Sundowns and what was it like playing for them?

Coach (Stanley) Screamer Tshabalala. He was following my progress at Wits and he knew what I could offer on the field. I was well-received by all the players and there was unity in the team built by Screamer. We respected each other and we were all prepared to die for the team. Screamer left and they brought in Ted Dumitru who was also a good coach.

I got frustrated at Sundowns when they blocked my move to FC Copenhagen in Denmark. The club invited me over and they gave me a good offer on my arrival there with my manager Mike Segal. They offered me just over R2-million a year, a deal that included a signing-on fee. That excluded other bonuses. Sundowns were to get between R2,4-million and R3,4-million but (then Downs boss Natasha) Tsichlas demanded R5,6-million. What boggled the mind is that Tsichlas let Sibusiso Zuma go to Copenhagen for less than what the club was offering me.

What did you do thereafter?

I embarked on a one-man strike and eventually left for AmaZulu but Wits roped me back with a better offer and a brand-new car (laughing).

What is laughable about that car?

There is a funny story about this Mazda. I was very naughty then, you must remember. I decided against registering the car under my name and used Raymond Hack's. Hack was part of Wits then and I don't know what I was thinking when I did that. Even today I can't figure out how I got Hack's details to register that car. I remember him complaining that he received a pile of tickets for a car he did not own. I gave the car away but Hack eventually found out that the car was mine. It was not a big thing and we laughed about it.

You should be grateful for Jomo Sono for paving the way for you to play abroad.

I joined Cosmos in 2002/03 hoping to revive my career after a long lay-off due to injury but I made a bad move. I was not suitable for Jomo's tactics of man-marking. That was not my style. But Bra J did find me and Sam Makgafela a team in Greece. What a bad move it was.

We arrived at the airport in Greece around 10pm and were met by officials from Aris Thessaloniki. The deadline for registration was at midnight and we had less that two hours to sign. I refused because I was not happy with the deal. They insisted that I sign. They called Cosmos and after a while a guy claiming to be calling from America convinced me to sign and promised that everything would be sorted out.

Were things sorted out as promised?

No, and I had to contend with about R11000 monthly salary. This was far from what I was earning back home. The only thing they offered us was breakfast at the hotel and the rest we bought ourselves. Life was tough and my family had to send me money to survive instead of me sending them money.

How long did you stay?

About five months and I left without notifying them. I was also thinking about a beautiful lady I had met at Eastgate Mall before coming to Greece. I called her and asked if she would marry me if I returned home and she agreed. Her name is Mimi Mahlare. I married her in April 2004 and she is still my wife.

Which team did you join after returning from Greece?

I returned to Cosmos in 2004 and then joined Silver Stars (now Platinum Stars). Owen da Gama was happy to sign me but six months down the line he off-loaded me because, according to him, I was too slow for his team. I was then signed by Gavin Hunt who gave me a chance to play at Swallows. Gavin brought the best out of me. He is the best coach I have worked under in my career. I then joined AmaZulu under Clive Barker before Black Leopards called me to assist them. I finally quit the game in 2008/09.

What was your most embarrassing moment?

When I celebrated a goal as if I was making love. This was after I had scored a penalty against Pirates while I was at Sundowns.

I was very embarrassed and went to the media to apologise and thankfully my team and family didn't read much into it.

Who were your toughest opponents?

Give us a brief description of yourself:

What is the latest about a conman using your name to defraud potential players in Limpopo?

The police seem to be dragging their feet to arrest him. The man's name is something like Nitiuos.

What are you doing at the moment?

I'm working on a project to benefit ex-pro players with life skills.