Ndou fights for the youth 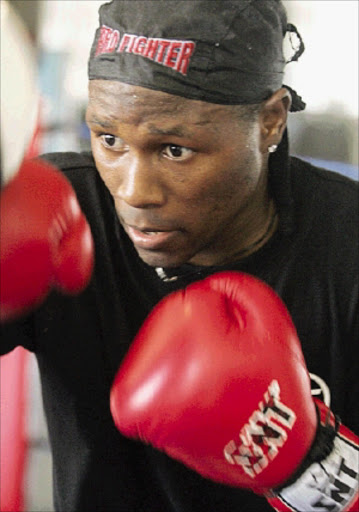 Ndou from Musina, Limpopo who emigrated to Australia in 1995, will fight the Australian-based Guyanese for the IBF Pan Pacific, WBO Oriental and WBO Africa junior welterweight titles in Southpark Queensland, Australia, on August 10.

Speaking from his home in New South Wales on Monday, the former IBF junior welterweight and IBO welterweight champion said: "Training is going really smoothly. The contracted weight for this fight is 64.5kg but my weight is already under that limit at 62.5kg. That is the sign of good preparation."

Ndou said he had not felt so good in a long time and he attributed this to his one-year lay-off. "It allowed my body to recharge. Sometimes your body gets tired, especially if you train as hard as I do. I've been feeling really great in sparring and I'm running out of sparring partners as most of them don't come back the next time as promised".

He described his match against the 37-year-old former IBF and IBO junior lightweight titlist as a "good fight".

"It will enable me to raise money for the youth. I will win it and then travel to South Africa, Ghana and Nigeria where I intend fighting for the orphans of the HIV-Aids epidemic. I won't fail because I believe I'm fighting a good fight," he said.

"Forget all the university degrees I hold (he is a lawyer by profession) and forget the world titles I have already won. I want to be remembered as someone who fought for the children of the world. I'm a fighter and I'm prepared to put my body and health on the line to save the children."

Ndou has 48 wins (31 KOs), 13 losses and a draw while St Clair has 24 wins (18 KOs), two draws and 11 losses - including defeats to Cassius Baloyi, Malcolm Klassen and Mlungisi Dlamini.