Schillo pins his hopes on Everton 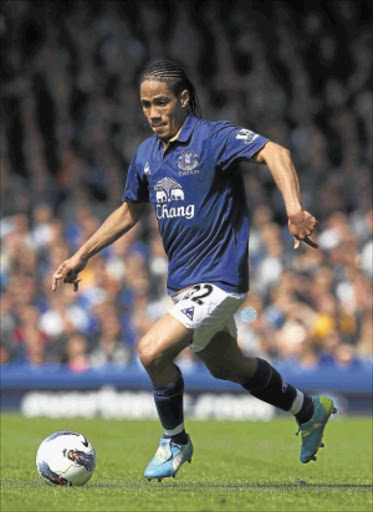 Bafana Bafana captain Steven Pienaar has agreed personal terms on a return to Everton and will in all likelihood complete his switch from Tottenham Hotspur this week.

Pienaar is desperate to return to Merseyside for his fourth spell at the club and all that remains now is for Everton to find the funds for his transfer.

They are hoping to do this through the sale of Nigerian international defender Joseph Yobo to Turkish side Fenerbahce, which is imminent after protracted negotiations.

"I think we are much closer to Pienaar and hopefully in time I will have something, but I don't quite have it yet," Everton manager David Moyes said on Saturday.

Pienaar spent a successful six months on loan at The Toffees in the second half of last year, having initially joined Everton on loan from German side Borussia Dortmund for the 2007-08 season after a torrid time in the Bundesliga.

He was signed on a permanent deal the following season and became a cult hero at the club, being voted player of the season in the 2009-10 campaign.

His desire to play Champions League football saw him leave for Spurs in January last year, but injury and a reluctance from then boss Harry Redknapp to select him meant he did not make a single league start for the north London club.

His loan at Everton from January 2012 was a roaring success though, with his equalising goal against Manchester United in a 4-4 draw at Old Trafford arguably the one that lost the Red Devils the Premiership League title. The move would also be a major boost for new Bafana coach Gordon Igesund, who is desperate to have his European-based stars playing for the national squad on a regular basis.