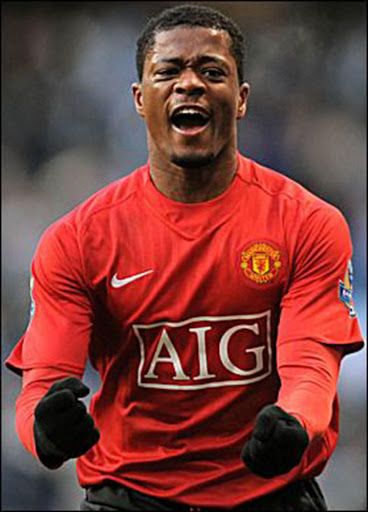 Patrice Evra appears finally to have recovered from the French fiasco of the 2010 World Cup and the Manchester United skipper will have an important role to play at Euro 2012 in the absence of Eric Abidal.

The 31-year-old was banned by the French Football Federation and stripped of the France captaincy after leading a players' mutiny in South Africa two years ago in protest at Nicolas Anelka's exclusion from the squad.

He has since worked his way back into the fold but, while being such an integral part of one of the world's leading club sides, he admits that he has never fulfilled his full potential at international level.

"Playing for France is completely different to playing for Manchester United," he said at France's Clairefontaine training base last week.

"To be 100 percent doing your job you need to be performing for your country too. Up until now I have only performed for Manchester United, so that is just 50 percent.

"I have not had any great joy with Les Bleus. I only have bad memories at the moment."

Despite such an apparent admission of failure, Evra appears far more relaxed now than he did a year ago as he returned after serving that six-match suspension.

"You cannot change what has happened in the past," he insisted. "If you are strong enough you will put it behind you.

"There is no point in carrying on this squabble. I am open. For me it is not about gaining revenge for what happened in 2010. It is about my career."

Evra also acknowledges that he owes a lot to coach Laurent Blanc -- who replaced Raymond Domenech after the 2010 World Cup -- for opening the door to a return to the international set-up amid calls to ban him permanently.

"After my six-match suspension, the coach made it clear to me that he hadn't seen me for a long time and that all the other contenders at left-back would have the chance to stake their claim," he said.

"He told me that, if he had listened to the general consensus, I would already have been out."

However, the unfortunate loss of Abidal -- diagnosed with a liver tumour in March last year and now recovering from a partial transplant -- worked out in Evra's favour.

"I have come a long way since last year. I scored points with my performances in the two friendly games at the end of last season," he says in reference to France's wins in Ukraine (4-1) and Poland (1-0).

"I spoke to the coach and he was impressed, and although he still wants more I could see he had confidence in me."

Evra's age means he will soon be a veteran in footballing terms and yet he has gone on to win just 40 caps since making his international bow in 2004.

But, despite many attempts to sink his reputation, he has managed to remain afloat and has shown remarkable resilience after a traumatic season which reached its nadir when his 42-year-old brother dying of a heart attack.

Evra even went on to play in the derby against Manchester City the same day he learnt of the tragedy.

On the pitch he was caught up in a racial abuse row after being insulted by Liverpool's Luis Suarez during a Premier League match at Anfield in October, before United agonisingly lost out on the Premier League title to City on the final day.

He has come through all that and is now hoping to hold off the threat of Manchester City's Gael Clichy, as the two vie for the left-back spot.

Evra did his chances little good in France's 3-2 friendly win over Iceland on Sunday -- both Iceland goals came from Evra errors -- and his performance was described as "far from reassuring" by sports daily L'Equipe.

Yet, with all that has gone before in his career, Evra should have few problems bouncing back from that minor setback.