'Manqele is going nowhere' - Chiefs and Downs flash their cash 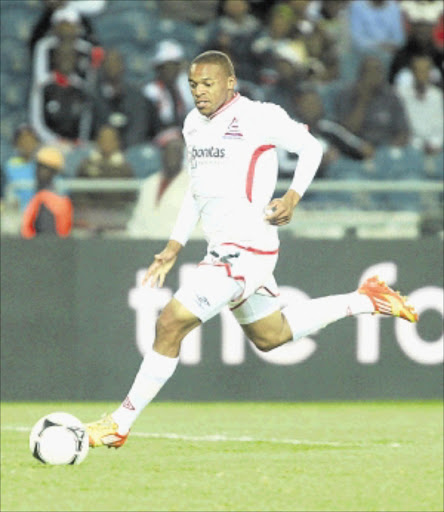 "HANDS off my golden striker. Edward Manqele is going nowhere."

This was the stern warning from Free State Stars chairman Mike Mokoena.

"I want to place it on record that there is no 'for sale' board hanging for Manqele.

"He joined us at the beginning of this season, so there is no way we will consider any offer for him. I want to see Stars winning trophies next season (and) we won't achieve that if we release our chief striker.

"We have been inundated with offers for the player in the past few weeks. In fact, I have decided to search for a more aggressive striker to partner him up front.

"Stars have always done well with foreign strikers like Bunene Ngaduane, Emeka Mamale and Yusef Traore. We will be going to several African countries with the hope of getting a similar striker to score goals for us."

Kaizer Chiefs general manager Bobby Motaung is on record as saying Manqele was high on his wanted list, adding that Chiefs wanted him in the new season.

"We have the money but must respect the clubs as some of the players we want are still contracted, which is why we have approached Stars for the services of Manqele."

Manqele has been one of the most outstanding players in the Absa Premiership this past season, rattling the net 11 times.

Sowetan has learnt that Mamelodi Sundowns have also approached Stars for the services of Manqele, who was rejected by former Chiefs coach Vladimir Vermezovic. He was taken to Chiefs at the beginning of last season by development coach Sipho Khuse. Sundowns are reported to have offered Stars R5m but this was rejected.