Madubanya is number one at Celtic 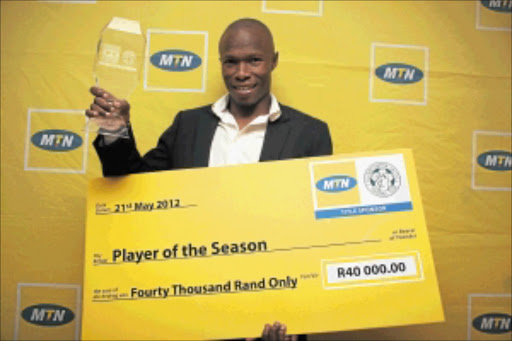 BLOEMFONTEIN Celtic's anchor midfielder Letladi Madubanya beamed with joy as he scooped the player of the season accolade at the club's end-of-the-season awards function in Bloemfontein on Monday night.

Madubanya was voted as the best performer in the Phunya SeleSele camp. The ceremony recognised individual performances of the players. The former SuperSport United player impressed the team's head coach Clinton Larsen and his technical staff. For his effort he received a trophy and R40000.

An elated Madubanya said the award was significant in boosting his morale and fulfilling his ambition to accomplish more in football.

"I did not expect anything as I joined the club late in the season," Madubanya said. "The award could have gone to any player because everyone performed well in my view. My teammates played a role in helping me to improve my game.

"Personally, it's something to celebrate but from the team's point of view it was not our best season. We need to improve and compete," he said. Madubanya joined Celtic during the January transfer window period, replacing Hlompho Kekana, who moved to Sundowns. Kekana was the winner of the award last season.