No respite for Leopards 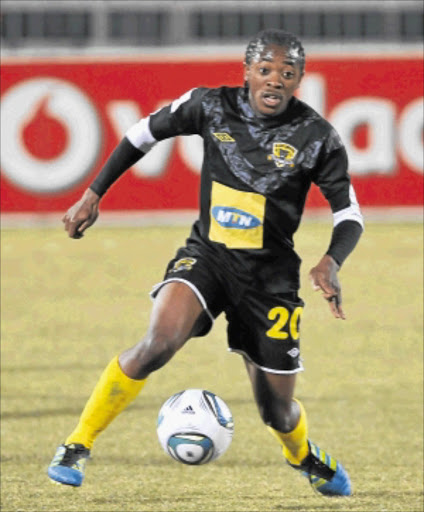 STUNG: Raymond Monama of Black Leopards says they are ready to shoot down Moroka Swallows this weekend. Photo: Gallo Images

BLACK Leopards, having lost 3-1 to Warri Wolves in Nigeria at the weekend, returned home to resume a local battle against relegation.

They are third from the bottom of the Absa Premiership log with 24 points from 26 games.

They face Swallows in Giyani on Friday night, followed by Bidvest Wits on Tuesday, Cosmos on May 16 and Ajax Cape Town on May 19. Monama feels they are capable of winning the next two matches.

"It's non-negotiable," he said.

The Premier Soccer League has accommodated Leopards, who were originally scheduled to play Swallows last night, but the game was postponed until Friday to allow the team a rest.

Lidoda Duvha returned on Monday from Nigeria where they lost to Wolves in the oil centre of Warri in Delta state.

It was the first leg of their second-round CAF Confederation Cup match.

"We played well against Wolves, but the hot and humid conditions in Nigeria grounded us in the second half," said Monama.

"Playing in the Confederation Cup is a learning curve for us - the international experience we are gaining is massive.

"You have to go and play in some of these countries to be crowned the best team on the continent.

"I have no doubt we will beat Wolves when we meet in a return match in Giyani on May 13, but the focus is now turning back to the PSL this weekend.

"Swallows are flying high but we will shoot them down. Swallows embarrassed us 4-1 in the first round and this is an opportunity for us to avenge that."

He said Leopards also had a score to settle with Wits, to whom they lost 2-1 in the earlier league match at home.

"Winning the two games against Swallows and Wits will ensure that we remain in the Premiership but we want maximum points from all four remaining fixtures."