A trip through SA's indigenous games 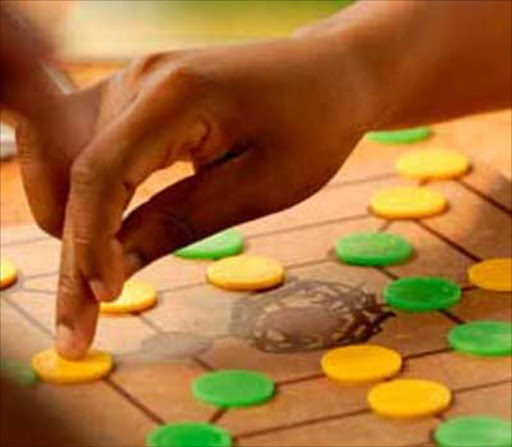 SOUTH Africa is a beautiful country. Take the N1 from Musina in Limpopo and drive safely, enjoying the view of our citizens enjoying their indigenous games.

Yes, look at those two young boys playing moruba under a marula tree, just after Mahwelereng.

They are being watched by their mates. This is a beautiful sight for all as we travel all over the country.

Passing an off-ramp that takes us to Mpumalanga, we see hawkers engaged in another game, diketo.

The route is long and beautiful entering Gauteng, where we pass the Mamelodi/East Lynne off-ramp, and it's already lunch time for the school children as they play kgati.

The route is long as we continue the search for indigenous games, coming across the likes of snuka, kho-kho and ntimo.

The sport and recreation department collected 23 indigenous games from different regions in the country.

Seven of these games were prevalent in all South African provinces, with kho-kho being the most popular in KwaZulu-Natal. We launched the games in 2001, at the Basotho Cultural Village in Free State, with the main purpose of reviving, popularising and promoting the games in all the provinces and across Africa and the world.

The games are held yearly in September at a central venue as a celebration of South Africa's cultural heritage and to enhance the spirit of friendship and inspire mass participation.

The games that require physical skills are grouped. These include games like kho-kho, do eke and kgati.

We also have games that require both physicalskills and strategy, like stick fighting and jukskei.

They say King Moshoeshoe was one of the master war strategists, and as South Africans we also have games that require strategy, like morabaraba and ncuva, and obviously with strategy and rhythm, as we continue to showcase the talent, diketo takes pride of place.

We need to create a new understanding of these games, of umabhorisa/ dibeke/diwiki/snuka/skululu - a ball game with lots of running usually played in patches of land near grazing field and next to river banks.

The kho-kho game was collected from the Indian community in KwaZulu-Natal.

However, it is now popular all over the country and played by boys and girls of all ages and ethnic affiliations.

Then there is kgati, ugqaphu and ntimo, a rope-jumping game. Many variations of this game exist among the different ethnic groups of the country.

Diketo/upuca/magava/jacks/ukugenda - this is a coordination game. Variations of this game are even found among the Khoi San where it is known as gqaina and tsumkwe.

Intonga/melamu/ izinkuku/umgangela - this is a stick fighting game. It is one of the oldest traditions in African society. This game instilled respect and honour, especially among Xhosa boys who had not yet gone through the initiation ceremony.

The game was usually robust and a test of bravery and physical skill at initiation schools.

Jukskei is a target game that originated in the Cape as an indigenous game among the Trekkers with their ox wagons around 1734. During the long journeys to the Castle of Good Hope in Cape Town, the Trekkers from the interior would, at overnight camping sites, draw the yoke-skey (jukskei) from the foremost yoke, plant it upright in the soft soil and try to score a point by hitting this target with one of the smaller skeys.

It became popular among transport drivers and later among the Voortrekker pioneers during the 1800s.

Morabaraba/mlabalaba/ umlabalaba is a traditional board game and is played extensively throughout Africa. Ncuva/ntijwa/tsoro/tshimaya/moruba is a fascinating strategy board game that requires a lot of thought and problem-solving.

The revival of indigenous games will affect a number of social issues and help restore the African identity through cultural diversity.

This is just a view, unless your N1 route was rather long and you decided to take a flight to Cape Town, to the Cape of Good Hope.

And maybe you decided to cycle to the Eastern Cape on the N2 from Cape Town, enjoying these games as you refuel your energies for a further bike ride to KwaZulu-Natal, all because of the games that characterise our uniqueness as a country.

With this kind of picture, painted like this, let me invite you to the Tshwane Events Centre where 800 participants and 144 technical officials will converge to celebrate, compete and profile the games.

The reigning champions are still KwaZulu-Natal.