English clubs not a sure bet 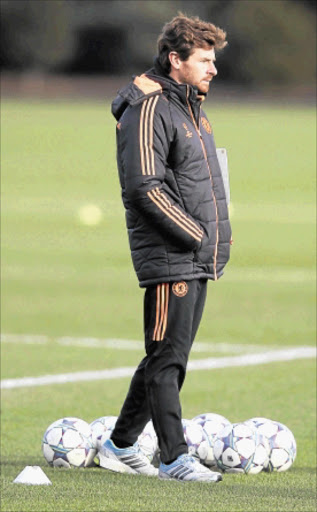 MANCHESTER - English clubs' reputation as a safe bet for the Champions League knockout stage will be put to the test this week as Chelsea, Manchester United and Manchester City risk making early exits in the final round of group matches.

Of the four Premier League sides competing in Europe's elite club competition, only Arsenal have secured their place in the last 16, which for the previous eight seasons has featured at least three English sides.

Seven berths are up for grabs today and tomorrow with 16 teams still in the running to join Barcelona, Real Madrid, AC Milan, Inter Milan, Bayern Munich, Benfica, Bayer Leverkusen, Apoel Nicosia and Arsenal in the next round.

Chelsea host Valencia tonight in one of four winner-takes-all encounters, with Andre Villas-Boas's side level on points with the Spaniards in Group E and only too aware what failure would mean.

The London team have reached the knockout round every season since 2003-04 and owner Roman Abramovich has made no secret of his desire for the continental trophy, showing little patience with managers who have failed to bring it to him.

Villas-Boas's future has been the subject of much speculation in the British media after three home defeats in four matches and the heat will only rise if his side do not progress.

A score draw at Stamford Bridge would take Valencia through.

The Chelsea manager has called it a "life and death situation" but has some cause for optimism after a morale-boosting 3-0 win over Newcastle United at the weekend.

Premier League rivals Manchester United travel to FC Basel tomorrow to determine who will follow Benfica out of Group C. A draw would be enough but defeat for United would put the Swiss through.

United suffered a big injury blow on Saturday when goal poacher Javier Hernandez sustained an ankle injury that will sideline him for up to four weeks, while midfielders Tom Cleverley and Anderson and striker Michael Owen are also out.

Even if they do qualify, last season's runners-up face the unsavoury prospect of finishing second in the group as Benfica can secure first place with a win at home to Otelul Galati.

Runners-up spot could mean meeting a heavyweight like Barca or Real in the next round.

Many of the other teams, including Manchester City, would be grateful to even come second because while they are still in with a shout, the odds are stacked against them.

Despite setting a blistering pace in the Premier League, City have fallen short on the continental stage in their debut season in the competition.

They host Group A winners Bayern tomorrow needing to win while hoping Villarreal, without a point so far, beat Napoli at home.

There is some complicated maths involved in other groups with any one of three teams able to join Group F winners Arsenal in the last 16 tonight.

Olympique Marseille, who welcome Borussia Dortmund to the Velodrome, are favourites to grab the second spot as they sit a point ahead of third-placed Olympiakos Piraeus who host Arsenal.

Trabzonspor, Lille and CSKA Moscow are vying for the runners-up spot in Group B with Inter Milan having already claimed top spot.