Ramaala to run in Berlin 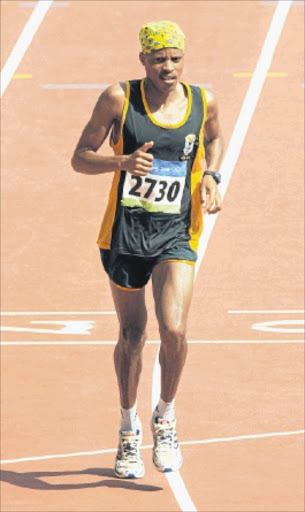 SOUTH Africa's top runner Hendrick Ramaala has ended his self-imposed exile and has returned to the road.

He has not competed in any official events for almost a year as he has been concentrating on athletics administration.

Ramaala has been invited to compete in the Berlin Marathon in Germany on Sunday, which will also feature world record holder Haile Gebrselassie.

The popular 38-year-old Ethiopian also known as "The Emperor" has won this marathon on four occasions, setting the world record twice.

The Ethiopian remains the world record holder in the marathon, despite Geoffrey Mutai's 2:03.02 at the Boston Marathon earlier this year.

Mutai's time was not sanctioned by the IAAF due to the Boston course being too straight and containing too many downhills.

Ramaala said he was looking forward to meeting and competing against Gebrselassie, who is also eyeing a gold medal at the 2012 London Olympics.

"I was pleasantly surprised when the organisers of the Berlin Marathon invited me, saying they want all the big-name marathoners to compete," said Ramaala, who is also a board member of Athletics South Africa.

"For me I will go out there and give it my best shot. Gebrselassie has been doing well and we know that he specialises in setting new world records."

This will be the third time that this unique marathon will take place in Lemek Conservancy within the environs of Fairmont Mara Safari Club.

The Masai Mara Half-Marathon aims to raise funds that will be channelled towards conservation of the Mara ecosystem and raise awareness of the plight of the stakeholders within the ecosystem. People are in dire need of clean water, proper sanitation, health care, food security and education.