White-collar workers to mix it up at Fourways tourney 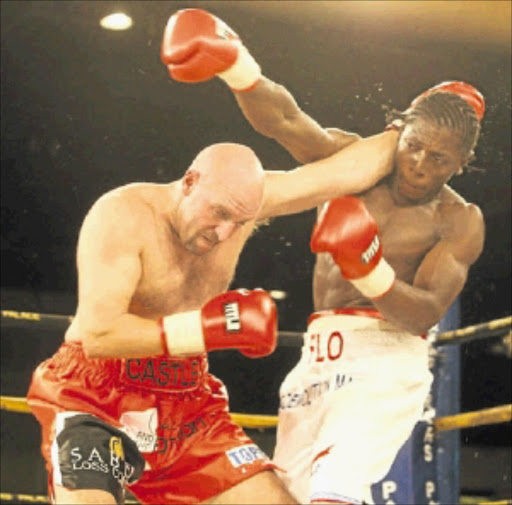 SEVERAL attempts are being made to encourage business people to invest in boxing. World Boxing Entertainment and retired heavyweight boxer Stephen Castle's Top Box Gymnasium will jointly host a white-collar boxing tournament at Tazz Café in Fourways, north of Johannesburg, on Wednesday next week.

Castle said the concept is a form of boxing where men and women in white-collar professions train to fight at special events.

"They are not amateur or professional boxers. They train in boxing just to keep fit," Castle explained yesterday.

"Matchmaking of bouts is determined by their weight, just like in professional boxing, but our bouts are contested over three rounds of two minutes. Fighters wear 16ounce boxing gloves and headgear. There are no judges because there are no losers.

"Both fighters' hands are raised at the end of a bout."

Castle, who has tasted defeat against Flo Simba, said white-collar boxing has a referee whose only duty is make sure the fight stays clean. He said former SA middleweight and super middleweight champion Khotso "Masterpiece" Motau will be the referee in all 10 bouts. The action begins at 8pm.

Castle said Boxing South Africa gave them the go-ahead on condition that participants do not hold professional boxers' licences.

"This is our attempt to try and bring people back to boxing. Remember that most people who are in white-collar boxing are big business people, lawyers and accountants. They may develop interest in this sport," said Castle, noting that white-collar boxing started in the 1990s in America. "It's been going on for three years in Cape Town," he said.

Castle retired in January with five wins and two losses.