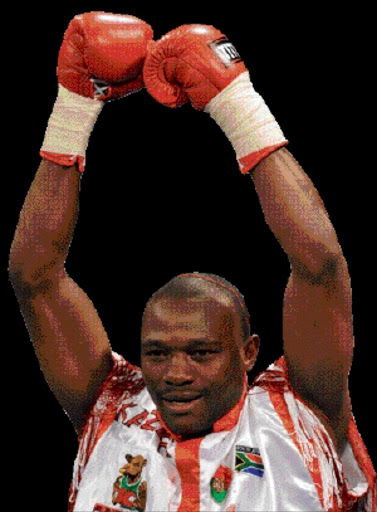 KAIZER Mabuza lost the battle for the IBF junior welterweight title against highly rated American Zab Judah, but "The Hammer" won the hearts of thousands of Judah's fans.

The naturalised South African, who was born in Mozambique, gave a lion-hearted display against "Super", who stopped Mabuza in three rounds.

Mabuza is an ordinary fighter but he proved his prowess against Judah. He stopped Kendall Holt, another highly regarded American, for the rights to fight for the IBF title and the supposed cannon fodder almost caused a major upset, especially after dropping Judah in round six.

"He was gone but I just could not follow up and finish him off and that is when I realised that my day had not come to become a world champion," said Mabuza yesterday. "Generally, I was on top of the game."

Judah recovered and stopped Mabuza with a perfect punch to the button in round seven. "I did not see it coming. It was a deadly punch and lights went off but I did not go down because I was supremely fit. I was beginning to warm up in round seven. I expected Zab to come at me in the first four rounds but instead he moved around a lot. He did not hurt me at all before the stoppage."

Mabuza said he hoped promoter Branco Milenkovic will get him back in the mix.

It was the 31-year-old former SA, WBA Pan African and IBF Intercontinental champion's third stoppage in seven losses against 23 wins.