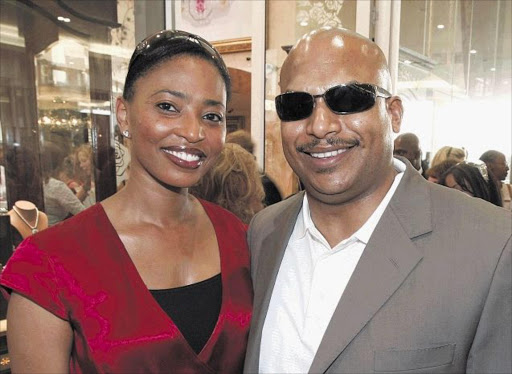 Jessica allegedly moved out of their Bryanston pad after her fiancé, Ken Simmons, accused her of cuckolding him with Kaizer Chiefs employee Thato Matuka, who’s young enough to be Jessica’s little brother – he is 28 and she is 37 years old.

Simmons confronted her when he saw Thato dropping her off at their house recently.

“She denied seeing the young man. Then he confronted Thato and screamed at him: ‘I know what you’re doing. Stay away from my wife’,” says the source.

Last week Jessica moved out of their upscale house with her two kids after tensions reached boiling point.

She is now living with her mom in Hyde Park.

Jessica says: “Ken and I have personal problems that have nothing to do with a third party. I can confirm that we are no longer engaged”.

Thato says: “There’s nothing going on between me and Jessica. She is my boss and obviously she has an interest in my work”.