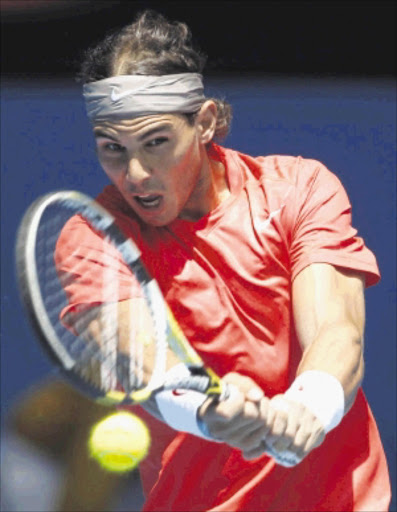 MELBOURNE - World No1 Rafael Nadal yesterday warned he is fully recovered from a strength-sapping illness as he took another decisive step towards a historic sweep of the Grand Slam titles.

Britain's Andy Murray, the world No 5, also beat Ukrainian Illya Marchenko in straight sets to remain on course for his second final at Melbourne Park.

Nadal said he had now shaken a virus that laid him low in Qatar.

"Every day I feel better and I am now totally recovered," the Spaniard said.

Nadal, forced out injured last year as defending champion, is on a 23-match Grand Slam streak after winning the French Open, Wimbledon and his first US Open last year. He won his opener here 6-0 5-0 when Marcos Daniel retired hurt.

China's Peng Shuai handed out the tournament's biggest shock when she downed former No 1 Jelena Jankovic 7-6(7-3) 6-3 to equal her best Grand Slam performance. She will meet Japan's Ayumi Morita in the third round.