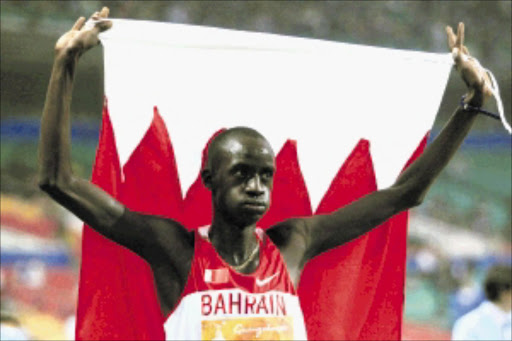 Taher, 25, and Kamal were among the initial pacesetters, looking comfortable during the early stages of the race and as the field became more stretched they were joined by al-Amri in a front three.

Coming up to the bell Taher edged in front and began to open up a substantial lead on Kamal, but a tentative last barrier cost him 5m.

The 22-year-old from Qatar spotted his chance and had the momentum but the Bahraini defending champion had the strength to see off the challenge and cross the line in first place.