Bafana to be decked out in Puma 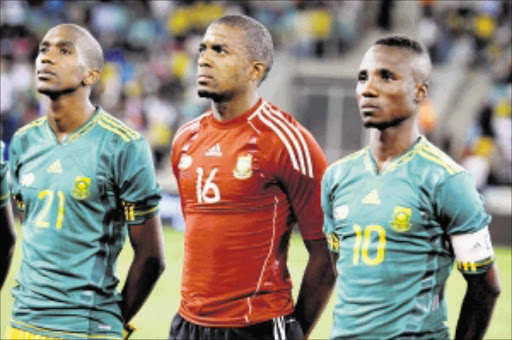 Puma officially begins its partnership with the national team on January 1 2011.

A source close to the developments, who asked not be named, told Sowetan that Puma got the nod ahead of Nike and has already made a presentation to Safa as technical sponsor.

The current Adidas sponsorship that was negotiated by Molefi Oliphant and Raymond Hack was worth R14million a year, with Safa also getting a share of royalties.

In addition, Adidas are also paid for all the kits used by the various national teams.

Bafana Bafana will use the Adidas jersey for the last time tonight when they take on the United States in the Nelson Mandela Challenge in Cape Town. The company has already started designing new jerseys for Orlando Pirates, Ajax Cape Town, AmaZulu and Stormers rugby club for next year.

Adidas employees were informed about the end of the Safa relationship two weeks ago when the design of the new Bafana kit was discussed.

Adidas has been sponsoring Safa since after the 1998 World Cup in France, taking over from Italian sports apparel company Kappa.

Safa president Kirsten Nematandani could not be reached for comment yesterday, but Adidas spokesperson Zobuzwe Ngobese said: "As far as I know, there is nothing official. It is true the contract is coming to an end at the end of the year."

Adidas are said to be unhappy with the treatment meted out to them by Safa ahead of the 2010 World Cup.

They argue that certain Safa officials were unfair in blaming their company for agreeing to design Bafana replica jerseys without the Proteas emblem.