Filtration supplier gives big players a run for their money

Thanks to Seda, Gopi has managed to turn his business around 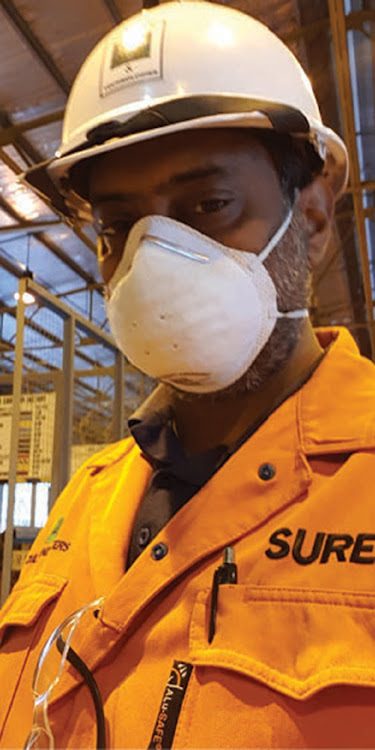 After an unprofitable start, Gopi approached the Small Business Enterprise Agency (Seda) and was given the support he needed to turn his business around. Zululand Filters is now doing so well that it recently secured long-term contracts with two big Richards Bay companies – South 32 and Rio Tinto subsidiary Richards Bay Minerals. The company also provides emission services to Tongaat Huletts and Mondi.

It took Gopi, 51, almost a decade to get Zululand Filters profitable after buying it on auction in 2009. At the time, it was the only business that provided emission solutions, filters and refrigeration in the north of KwaZulu-Natal, says Gopi.

While Gopi thought that the business would do well because there was little competition and it was established, he did not realise that it owed millions of rand to its customers and the South African Revenue Service.

“I had hoped that I would use my expertise [as a maintenance engineer] to revive the business, but it was not an easy journey. It had a bad reputation as it had failed to honour its contractual obligations. We had to rebuild credibility and clear all the debt,” Gopi says.

After years of operating at a loss, Gopi says in 2018 he participated in the Enterprise Coaching Programme facilitated by Seda, which offered basic business management training.

He says Seda helped him put a proper business plan together, with 10-year goals. They also helped him identify market opportunities and develop a proper website.

Gopi says after the intervention, his business began growing. New services were offered, which created job opportunities. He says turnover increased from R14m to R17m and his employees increased from 26 to 46.

He also received advanced enterprise coaching from Seda, which covered all aspects of business, including e-marketing.

“I also got to attend the trade mission to Mauritius in 2018,” he adds.

Seda provides non-financial support to small enterprises and cooperatives. It has offices nationwide and works with municipalities. Emerging businesses can visit any Seda for assistance.

Mthokozisi Mabaso is making his mark in the white-dominated tourism and adventure industry.
SebenzaLIVE
1 month ago

A self-taught fashion designer, Lindiwe Makhoba from Ladysmith in KwaZulu-Natal, is gaining a global footprint for her fashion business.
SebenzaLIVE
1 month ago

Young and vibrant entrepreneur Paula Maseko is making a name for herself and her successful organic haircare business Buhle Bomqhele, which she ...
SebenzaLIVE
3 months ago