Businesswoman now supplies one of the leading retailers 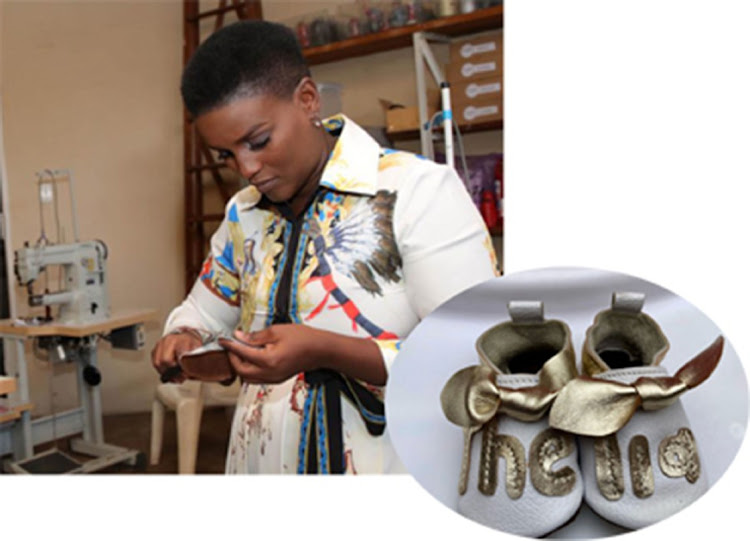 When Tshepiso Monamodi could not find comfortable shoes for her baby, she decided to try and make a pair herself
Image: Vukuzenzele

When Tshepiso Monamodi could not find comfortable shoes for her baby, she decided to try and make a pair herself and five years later, her hand-made shoes can be found on the shelves of a major retailer.

Monamodi’s entrepreneurial journey began in 2017 after the birth of her son.

He had chubby feet and she could not find shoes that were a good fit. She was told about a brand that might work, but they cost R400. “It then crossed my mind that maybe I could make them myself,” says Monamodi.

Despite not knowing how to sew, she was encouraged by her husband to tackle the project. “While looking for a sewing machine, I came across a lady at a store in Gezina. She asked what I was looking to do, and I showed her a picture of the shoes.”

When the woman heard Monamodi’s story, she said she would only sell a sewing machine to her once she was able to use it. So every Friday afternoon, for three months, Monamodi took lessons at the shop.

“She put the machine in the back corner and taught me everything – from threading to the selection of needles and so forth.”

Once Monamodi had mastered sewing, she spent December 2017 sewing shoes in one of her children’s rooms – and Oratile Kids was born.

In a month, she says, she would make about 20 pairs to sell at market stalls in Pretoria. The business took off during the pandemic in 2020.

“The pandemic came with a hectic lockdown. I had no idea how social media worked, but we somehow managed to go online and it caught on,” she says.

She went from selling 20 pairs at a market to selling 10 pairs a day via social media.

When Monamodi received an email from Clicks, she first thought it was a prank, but the retailer had heard about Oratile Kids and wanted to sell the shoes at Clicks Baby stores.

The business recently secured funding and operating space from the Gauteng government’s Innovation Hub eKasiLabs, which supports entrepreneurs and has facilities across the province.

Monamodi says she will use the money to buy more sewing machines.

“We will be increasing the stores we sell at to 20, but we also want to increase the product range and cater for children up to five years old.”

Mnqobi Mkhize is helping children rediscover the importance of reading, thanks to his role as an educator assistant.
SebenzaLIVE
4 months ago

Former businesswoman Nowinile Majola (53) has become a successful small-scale farmer in Mhlanga village in the Eastern Cape.
SebenzaLIVE
7 months ago

Growing up in Zimbabwe, Tapiwa Guzha ate the fruit and vegetables from his grandmother’s abundant garden.
SebenzaLIVE
8 months ago
Next Article