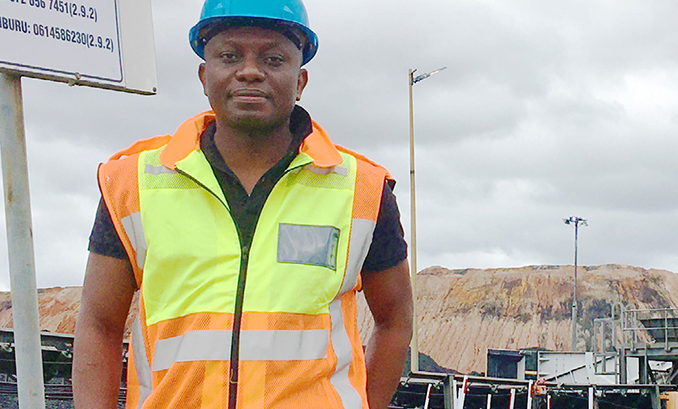 A start-up engineering company is helping to keep the lights on in South Africa.

Phaphanyi Trading delivers coal from the Grootegeluk Coal Mine in Lephalale, Limpopo, to Eskom’s Matimba and Medupi coal-fired power stations.

Exxaro, which owns the mine, gave Phaphanyi an R18-million interest-free start-up loan through its Enterprise Supplier Development Programme. This enabled Phaphanyi to start operating in July 2021 – and to create 36 jobs.

“The money helped with buying the equipment we needed for carrying the coal. It has also helped us pay the salaries of employees in the company,” says Phaphanyi Director Moijang Mpherwane.

“We supply coal to Eskom’s power stations through our conveyor belts, which are linked to both Exxaro and Eskom’s conveyor belt system,” says Mpherwane.

Apart from empowering small businesses in its area of operation, Exxaro funded the building of a community clinic which, among other things, assists workers who are injured on duty and serves as a COVID-19 vaccination and testing site for both employees and members of the public.

To date, 3 500 residents of Lephalale and 88% of employees have been vaccinated at the walk-in clinic.

“We have signed an agreement with the Department of Health in Limpopo that will see the clinic being used as a distribution centre for chronic medication,” says Exxaro Group Manager for Health and Safety Joseph Matjila.

The clinic is one of many ways the mining company is working alongside government to improve people’s lives. Exxaro demonstrated its commitment to South Africa and its people when, in 2018, it made a R20-billion investment pledge at the South Africa Investment Conference (SAIC) convened by President Cyril Ramaphosa. Of this, R17 billion has already been spent.

Meyer says 56% of jobs that were created were filled from within Mpumalanga and Limpopo.

“Exxaro has directly created 6 812 jobs via investments in projects that indirectly impact 70 000 people,” he says.

The SAIC is a government initiative aimed at showcasing the investment opportunities that are available for business in South Africa.

This year’s conference took place on Thursday, 24 March, at the Sandton Convention Centre.

.-This article was originally published in the GCIS Vuk'uzenzele.

A recipient of the Social Relief of Distress Grant is sitting pretty after using her monthly R350 to start Lady Q Designs, a furni­ture-making ...
SebenzaLIVE
1 month ago

Years of working for a water treatment company has inspired a Limpopo mother to create her own company that cleans and purifies water.
News
1 month ago

The demand for property has created a new vibrant market for property stokvels to flourish and grow in a space usually dominated by banks who give ...
SebenzaLIVE
2 months ago
Next Article